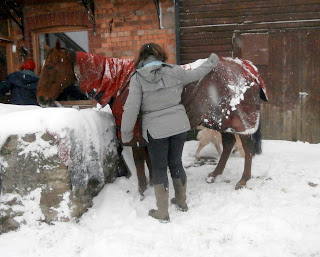 Most people heeded the warnings to stay put today, most people scrape the snow off their windscreens, we scrape snow off our numpty horse Chester who has a nice warm stable to stand in out of the weather, instead he chooses to stand in the falling snow and people watch through the downstairs window. 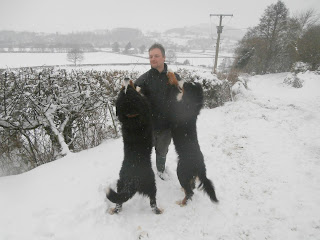 So as the white stuff stopped all but phone calls and emails to do with paid work we took time to enjoy the new  playground facilities and went sledging. 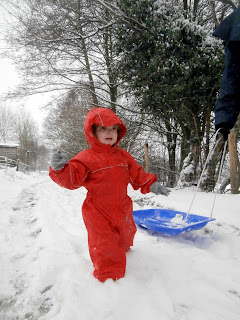 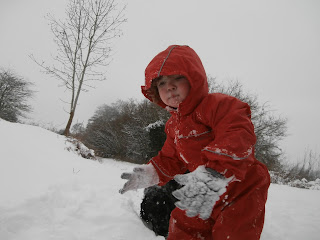 but once he got used to walking around in, for him, knee deep snow he set his sights on a more arduous route, paths and tracks are for beginners and wimps 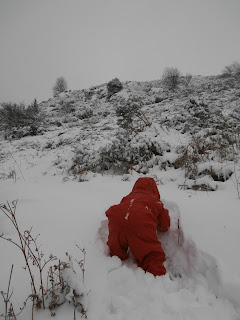 he was making his own way up the North Face of the Bonsai Mountain. He was tenacious but eventually the enormity of the task dawned on him and 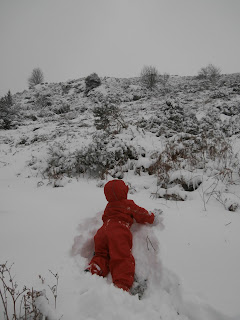 he returned to base camp. 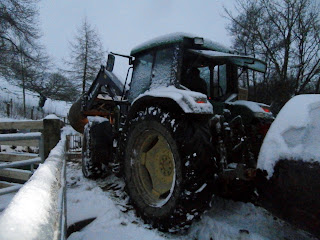 Back at base the usual routine was assisted by the arrival of specialist power tools, or tractor which delivered two tons of feed 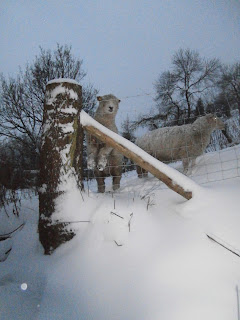 which by to look on Daffodils face, arrived in the nick of time. I did venture out in Miranda to make sure the world was still there, it was, the roads were white, except for the bit where another 4x4 went sideways into an electricity pole, there it was a funny shade of brown, presumably from the driver as the pole landed across her door and crushed the roof, thankfully there was no red. Back at HQ no sooner had the words been spoken "Miranda's a much better 4x4 than Hazel", the small god of 4x4 upsets awoke and placed Miranda's back wheel first in space (hanging over the edge of an interesting drop) and then the whole car sideways across the yard. Much digging and careful (ahem) manoeuvring and all was back to normal. More snow, therefore more fun tomorrow!
Posted by Tony at 22:20

I am now going to bring Orkney to a stand-still by saying.....we haven't had any snow here - yet!

We have snow too. Don't bother with the cars, you have enough Berners to tow a sledge.