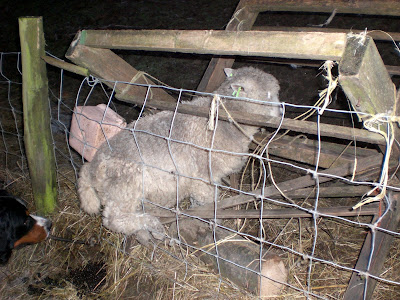 First thing this morning I found that the cupboard was bare! No food left in the bins for any of the critters, this was not a real problem as there was masses of hay so the horses and goats had a share of a fresh bale. As there was no need to go over to the sheep, no point carrying an empty bucket over and they had had a bale of hay yesterday to boost their diet I nearly finished the morning rounds in double quick time.

As I turned from locking the stables I cast a glance over to Oak Bank where the Ryelands were waiting for their oats and I spotted a strange shape in the gloom where the bale of hay should have been. As can be seen Hercules had decided for whatever reason to jump the fence and crash onto the very battered hat rack. This had broken around him trapping him against the fence and it seems the poor lad had spent most of the night there. The other Ryelands including his parents had very helpfully either eaten or dragged away the hay that had supported him. I lifted him clear and he staggered away, I think grateful that the circulation was returning to his legs. 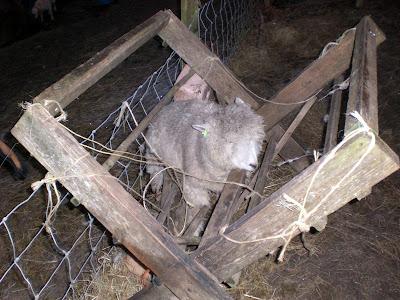 If you wondered what a months feed looks like here is a picture of Rene's suspension being abused yet again! 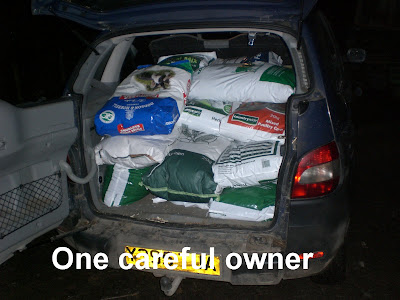