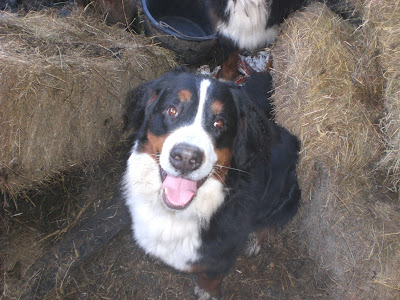 Unable to shake off this flu which has now developed into the sorest throat and worst cough I have ever had I could not face work today. So I spared my colleagues an opportunity of listening to me cough until I vomit or witness the sudden temperature fluctuations my body inflicts on itself so one moment I am wrapped in thermal mountaineering gear the next stripped to shorts and t shirt and looking like I am in a Turkish bath. The only positive I see of the last week of illness is that I have lost weight, and had I been able to prepare all the treats and goodies for the Christmas period would have been able to gorge myself back to full health.
Tracey is also whats technically known as in a right state so I insisted she stay at home as well, there was no ulterior motive as I am more than able to stagger to the kettle and make my own cold cures. On the subject of which the only one that has done any good so far has been a three parts orange juice one part whisky warmed up and sweetened with honey. After a couple you really do feel different if not better.
Being ill has made another rule of smallholding apparent, never be ill together, one of you needs to remain fit enough to deal with any emergencies, that or you have a support network close by. I can do the usual feeding round first thing in the morning in around twenty minutes, going slowly and allowing for time wasting such as tickling piglets noses it takes a maximum of forty five pre work minutes to establish that all the critters at Rock HQ are accounted for and have enough food and water until we get home. Today it took me an hour and a half what with coughing until I wretched, leaning on solid objects feeling sorry for myself and finding Reba and Poppy.
Perhaps sensing I would be unable to shout them, I find speaking in anything other than a raised whisper difficult at present they waited until I was suitably distracted by Apollo who for reasons known only in his tiny foal like mind had piled pooh all around his stable and had done diving forward rolls through it. His white bits were Khaki, all the way up to his forehead. As I tried to salvage the situation and chastised myself for getting such a feces obsessed horse I could see Rocky our male Bernese Mountain Dog sitting quietly by the wheelbarrow clearly adopting the stance of whatever happens next I wasn't involved. I shut the poohy pony away and approached Rocky who went from it wasn't me to being clearly guilty and out into fresh fields of please I tried to stop them don't shout at me. We faced each other over a barrow of pooh, tumbleweed rolled across the yard as the wind whistled through the bare branches of the trees. Rocky gulped and looked down the lane showing me where they had gone.
Great I rasped. Rocky shrugged, cocked his leg on the barrow and went into Rock HQ. He had been helpful enough in his book.
I tried shouting but a strange sound like Faith chewing a live chicken came out, the embarrassment of making such a noise coupled with the pain caused by trying to summon the missing dogs put paid to any further attempts. Incidentally Faith has chewed another live chicken. For some reason she feels the need to rid the world of grey hens. Her latest is currently converting into pate in the rayburn, it was destined to be coq au vin anyway but the poor thing didn't deserve death by setter.
Finally I found Reba and Poppy, flirting with a no eared collie called Ben down in The Oracles yard. He's no good to them having lost more than just his ears in an encounter with a vet a long time ago but he was as keen as they were. I mimed you put that away and get back home to bed you naughty dogs as Ben shot off back to his kennel and the two dog tarts set off at a brisk pace with their tails between their legs. They could tell I was cross with them as I didnt say a word all the way home.
I'm still not speaking to them.
I cant!
Posted by Tony at 16:31