A day of two halves! 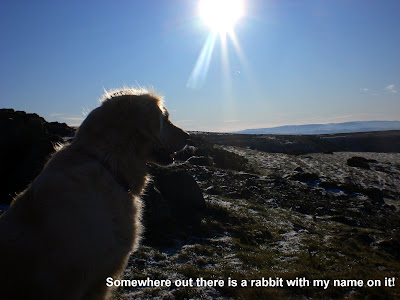 First thing this morning as Tracey and I walked the horses back to their stables from the top of Willow Rise, as we sloshed through the muddy swamp of the Cauldron and slithered into the stream at the head of our lane, not for the first time I thought I was turning into Mad Keith. I don't mean I was suddenly overwhelmed with the desire to strip off and run naked over the hill, or cycle down an insanely steep path on a decrepit Raleigh three speed, or talk to petrol generators that inexplicably fail to start after three years on one tank of petrol, no, I didn't even want to carry the bones of a dead cat called Tim in a box on the back of my bike (actually I made that last one up but Beth believes it still) No, today as we walked the Boys back to their warm and cosy stables I felt so at peace and so happy with the world that I never wanted to leave here. Just like the technohermit who pitched up on the hill 44 years ago and hasn't moved since. Admittedly he has subsequently wished he had chosen the sunnier side of the hill but in essence he is a happy man.

In fact it takes a lot to get me away from here, work is the main cause of my absence, today being no exception so I dutifully pointed Rene down the track and set off to load another 16 tons before the big hand pointed up and the little hand throttled Mickey and it was time to come home. All that time its a strange thought that all this, and by this I mean our animal inhabitants, carry on without us. So my day is spent doing my best at work, really enjoying my work but all the time wanting to be back here where the action is.

You see there is so much going on here at the moment, the kennels having had their revamp are being tested by the weather, so far so good the ditch seems to have thwarted the dogs plans to set off in an Ark, its dry and so are they. Good news as a new dog called Casper is due to land at Rock HQ by Saturday, he will be fostered by us until he can be re homed. The poor lad is homeless, credit crunch victim, and as we are totally unable to do anything the easy way he has to come with his own problems, he is totally deaf. God knows how I am going to train a deaf dog, a colleague suggested using a torch, not to beat it with but to flash at the dog every time I want it to do something. This seemed like a workable idea until I asked how would the dog react to car headlights if following the torch regime. The thought of deaf dog chasing night time traffic prompted a rapid revision of training techniques.

We have recently purchased a home publishing and printing kit. Some of you dear readers may know that Rock HQ is part funded by sales of my toys on Ebay, all my toy soldiers have been auctioned, the dregs of the vast collection is going rapidly so we have invested in a mug and t shirt printing set up so now you can read about the animals, visit them, eat some of them and wear the t shirt. Mr 20% is currently working on a famous first draft of the life and times of two townies who have set their hearts on living the good life which hopefully will be an all time best seller as the world reacts against the misery genre of tortured kiddies and embraces a new wave of feel good faction.

And then there are the pigs, or lack of, the smallholding is smaller without them, and as I have eaten bacon or pork most days since the last lot took the long walk to Mr Whirlpool I have been plotting to get some more. Luckily current sales of the El Cid range of toy soldiers has liberated enough cash to buy two more and the Stable Sprite, being the nice kind sprite that he is has come up trumps and is selling us two little pigs at a bargain basement price.

So today, while I was rushing round at work I went out during my lunch minute to make final preparations for their arrival. I went to see Stuart the butcher in Drapers Lane and bought a second hand bacon slicer.