You don't get many days like this, great weather, great company, great walk, great cake (cooked by my fellow walkers little girl) and then back in time to watch England stuff France (2 points is a stuffing) in the 6 Nations. 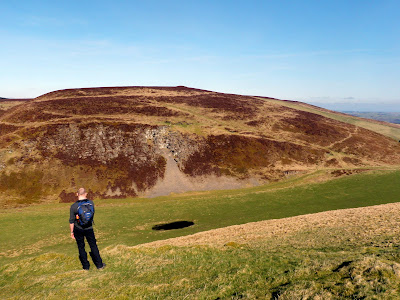 And so it was that today was one of those days, one where an ambition was fulfilled by walking across the horizon seen from Rock HQ east to west ending on a peak called Whimble. More burial mounds than you could shake a stick at, a fantastic view all around, top pic shows the scenery back to the large white X which is Rock HQ. It also shows the flat land of the Radnor or Walton Basin, which if is to be believed is a patch of land that was fenced off from rampaging mammoths before Stone Henge was a gravel patch. (See http://www.rgreen.org.uk/Radnor.html) 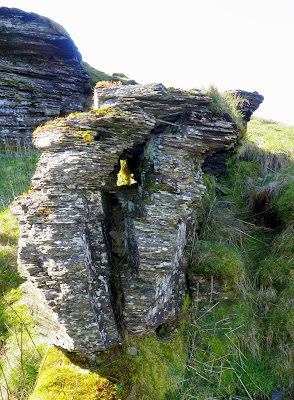 There was much to see, so much to talk about (Red Kite, kids, did those pretty red flags on the next hill really mean they were firing live rounds, life the universe and everything) 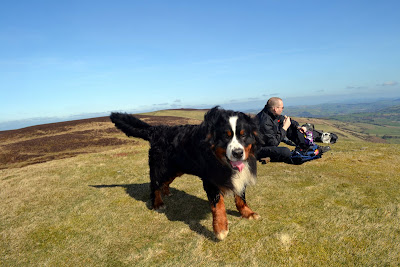 A much needed break at the top provided Reuben with ample begging opportunities. 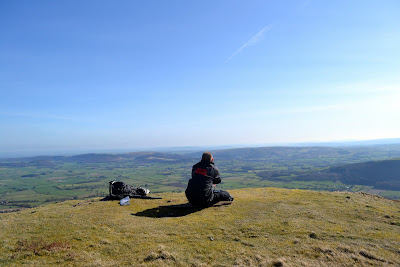 After Richard finished meditating we headed downhill where a slight error in map work on my part led us up to the boundary of a very unfriendly farmer type who obviously spends his whole time watching his two farm gates. The footpath rather conveniently leads right up to his gate and collection of baying mongrels, Reuben chose to ignore their uncouth insults, where there a is a huge sign saying "No public right of way!" which is a bit of a bother as this is 50 metres from the road we wanted. Quick check of map and we doubled back, skirted the farm and a large track invited us to descend. 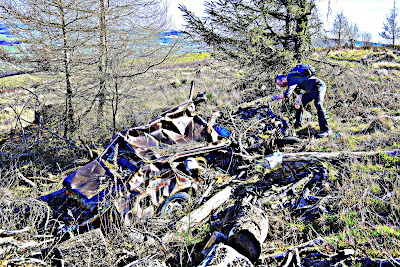 Which we did, right up to another sign saying "No public right of way!" Now we were only 15 yards from the road and there were no gates or natural barriers between us and it. With the war cry of "Oh sod it lets cross" we ventured into the unknown only to have the worlds crossest farmer run over yelling "Paths are there for a reason you know"
So we stood and listened to Rodney Reason lay all his woes of aborted sheep, still born calfs at our feet, how we were the fourth group he had seen today (he has eagle eyes, we didn't see any, not on this path anyway) how it was a nuisance having to keep coming to his gate to remonstrate with miscreants and then before answering the "are you going to let us cross" question, disappeared up the track muttering to himself. Mind you there were clues to his unfriendliness, the sign saying "Cars parked at owners risk!" really meant something.