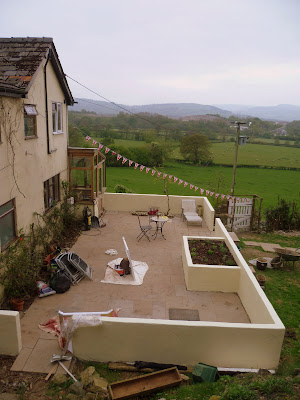 The helipad approaches its completion. I cannot claim this as any where near all my own work, but the initial concept of a landing area for a Chinook was mine and its starting to look a bit like it did on the original plan drawn last summer. 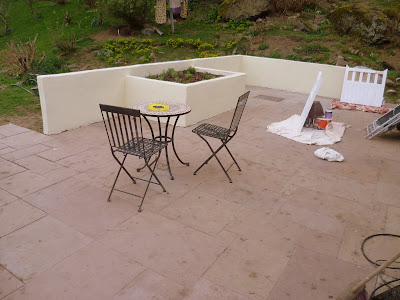 The paintwork is nearly finished, and along with the white garden gate is probably visible from the moon. The herbs have survived a whole 36 hours despite a plague of goat in the vicinity. Ambrose managed to get around the barricades today and was found lurking with intent, fortunately I spotted him and managed to chase him off, this time without breaking my kneecap or falling into the nettle patch. So very much work in progress. 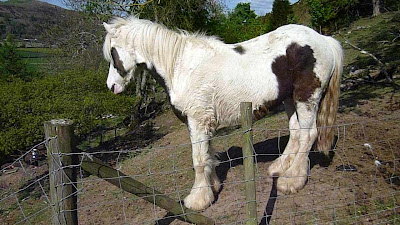 A bit like this young man, who has no idea what is going to happen this weekend. All being well he will be backed and I wont have ride in the air ambulance.

I know why you kept Geisha because you got very attached to her. But as much trouble as Ambrose is and you don't seem to like as much why keep him ? And did Maggie the goat eventually end up curry or is she doing okay at another farm ?
Kit

Thats the problem, Maggie was such a lovely goat she went to another farm, Ambrose is a git, but has assumed pet status which usually means immune from curry :)