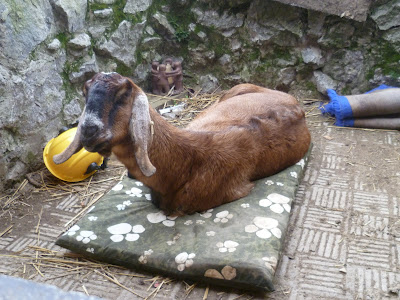 Its hard to believe that its already April, the year is racing by. A truce was called at Rock HQ, no practical jokes. I found this hard to stick to but did abide by the rules. No sending eldest son to school dressed as a girl telling him it was gender realignment day (an absolute classic) in fact no jokes on all fools day at all. A busy day in all, Hazel the almost 4x4 got her handbrake fixed, which means we can park with confidence on the Bonsai Mountain. Geisha has claimed one of the new Berner beds, but at least this keeps her off the sofa. 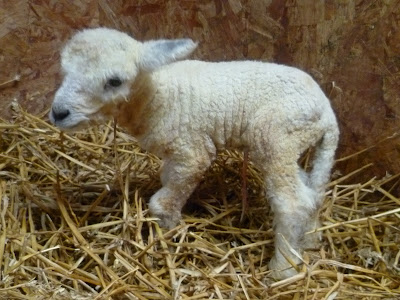 We welcomed to the world Jester, a very sturdy lad who now brings our tally of potential lamb chops up to four. He joined Berry, Bumble and Bee in the post natal ward. Maude, Easter and Bonny are still threatening to lamb but failing to deliver in every sense of the word. Its was a bit mind blowing to see such a big lamb fall out of such a small sheep, Ebony, and Ebony as her name suggests is a very different colour to the snow white adorning Jester. He does have black ears though. The BBMC training is going well, another quick blat up the North Face Gully was completed, this time without putting my foot in a rabbit hole and falling face first into a gorse bush. 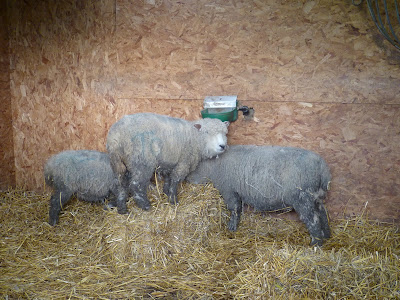 The sheep display team training is going well. We are entering the Ryelands into the World of Sheep competition at Kington show this year. The theme of our entry is the Pyramids and we have five minutes to construct a three bale high "Pyramid" using only trained sheep. Here we see the first stage of construction, Bonny is waiting for the second layer to be moved into position. Its hard work but we are pretty confident of a medal this year.
Posted by Tony at 20:29