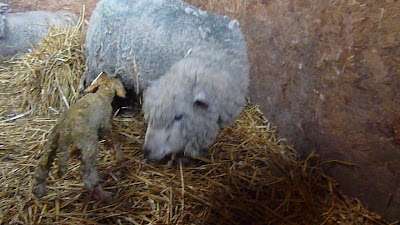 It has been a weekend of celebrations at Rock HQ amidst the usual hard work and mayhem. Saturday was my birthday and I was overwhelmed by presents, far too many and people were far too generous but I thank you all, now I have a new set of mountain gear, Spotty the Berner has a set of dog panniers for essentials like hip flasks of malt whiskey (just in case the BBMC gets boring) and after a days hard work fetching pig feed, and endlessly checking the arcane water supply (its running dry, something to do with no rain, but I had to check every inch of pipework for suicidal frogs, rotting foliage and any thing else that blocked the pipe. Twice!) and then resorting to digging for three hours to clear the stream that feeds the supply tank, I spent the rest of my birthday engaged in traditional pursuits such as eating too much pizza, quaffing beer (like drinking but you spill it) and watching cartoons. Despicable Me was the cartoon of choice and like a goat with a bag on its head (see video below) it was very funny. Today was mothers day, so right a proper the day started with a new mother giving birth to her first, Maude has delivered a very bonny lamb we have named Bella ( in tribute to Bella the Berner, from the class of 2010, their birthday was today, see the Dolyhir website for details) And the good news is that Bella is not destined to be lamb chops, she is part of the new flock who, if they play their cards right, will live long and prosper on the Bonsai Mountain with a new Ryeland ram who was born on another microholding a few weeks a go. 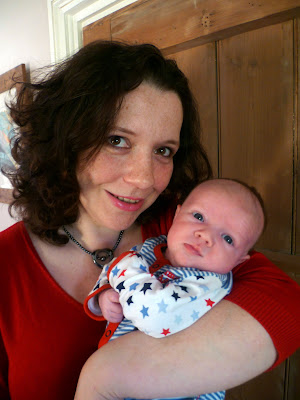 Its also right to congratulate my beautiful and oh so patient wife Tracey for doing such a good job of being a mother to our ox of a son, Tristan. She was given the day off today, which meant she didn't have to look after me as much as she normally does. 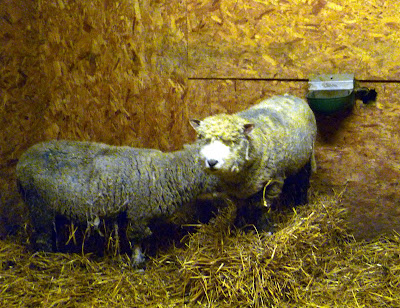 Bonny carried on with dress rehearsals for the sheep display team for the world of sheep show, but I sense she is losing her motivation since Maude has stopped helping and Easter, on her left, is about to give birth. At least that's what we think she is doing, she might just be bored with building straw pyramids.
Posted by Tony at 22:24