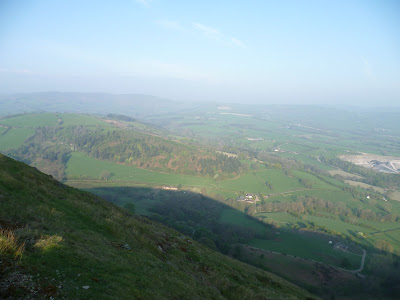 The staycation got off to a flying start with Tristan sleeping in until 5.45, and as this is my usual up and at em time it was a real treat feeding him rather than prepping for the day and heading off across the mountains in Vic. I took the Berners on a trip around and over the Bonsai mountain early doors, the BM casts a long shadow across the valley this time of day. Just below us in North Face Gully a large fox sat watching the smallholding, probably wondering why the poultry were still safe indoors. Seven panting Berners soon alerted it to our presence and it bolted to its hole just above our perimeter. 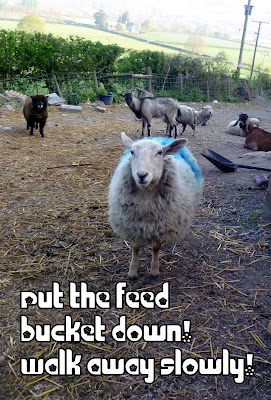 The critters were fed and watered, the usual threats of violence from the sheep mafioso meant they were fed first, and twice, once intentionally, the other the proceeds of a mugging. 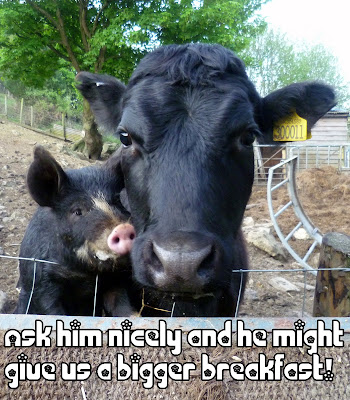 While Hetty and the pigs were more polite in their approach. This proved more successful because they got second helpings late afternoon. The day was spent in sort of mode, jobs sort of got done, but not to any great pace or standard, the dogs were groomed, an exercise in patience, and the spare fur could have been used to create another dog. The horses were brushed getting the worst of their old coats off, in places now they gleam, they will no doubt remedy this later by rolling in their own, and each others, pooh. I was struck by a great idea, to turn the it will be a pond space on the helipad (sun terrace) into a herb garden. This will render the area a totally safe play area for young Tristan when he's more mobile, and provide fresh herbs for the kitchen as long as we shoot at least one of the goats. It also has the advantage of getting rid of the pile of rubble in the garden, as this will be used as drainage in the bottom of the bed, at least half of the mound of topsoil in currently piled in one corner of "the lawn", which will be placed on top of the rubble and so filling the "pond", finally a layer of good quality compost on top for planting stuff in. I reeled off this idea in triumph to Tracey my beautiful and oh so patient wife, only to be told that she had in fact suggested this to me some three weeks ago and what took me so long to agree with her. This has now been added to the jobs list, but I like to think it will be done before the end of the break. 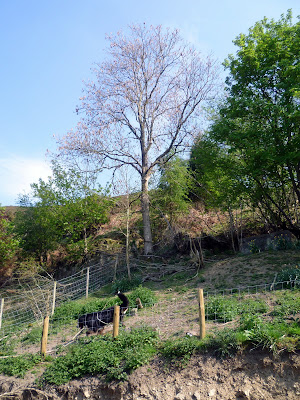 While everything is growing and greenery is appearing everywhere, albeit slowly due to the drought (Oak bank is like a desert!) attention was drawn to this tree, a large ash at the back of the stables. For some reason it appears to be resisting the urge to bud and produce verdant hues, in fact it seems devoid of life other than fat crows who sit in it and advertise the fact that they have robbed us of more animal feed. A close eye will have to be kept on this, the tree and the crows. Both could turn out to be a menace.