When I were a lad 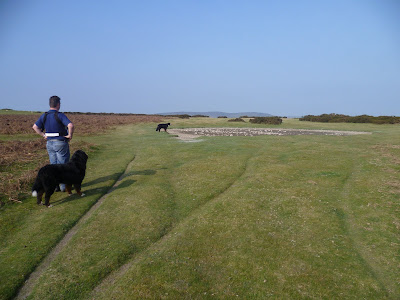 I remember some things from my school days, really useful stuff like being able to say that the sun is shining, the sky is blue and the birds are singing in the trees in French. The fact that I used that phrase to answer every question of my french paper, apart from my name, and then carried that on into my next exam which was chemistry probably explains why I failed both papers. But I do remember being taught about weather, and seasons. 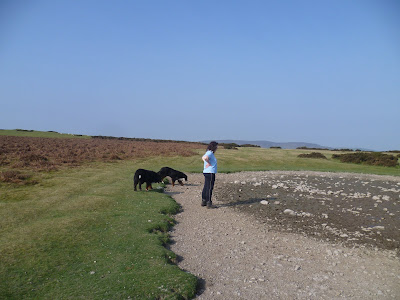 In my day (pull up a chair this might take some time) there were seasons, four of them, and the twelve months of the year had something called weather that was peculiar to those months, we even had pictures on the wall demonstrating events like October gales, November rain, February snow, March winds and April showers. Well march has not long gone and there was precious little wind, and here's April, deficit showers so far. The pic above is not of a sunny beach but the drying out bed of the spring fed pool at the top of Hergest. 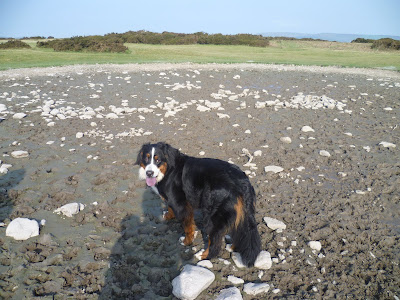 The drought then continues, which is why a proportion of the day was spent (when not chasing adolescent ponies across the Bonsai Mountain, but that's another tale and formed an interesting diversion and additional BBMC training) sorting out the water tanks and storing around 1000 extra gallons of water. The well is full, but a bit of a drama there, the ponies standing on the top playing statues has sheared the pumps electric cable. But there are some 2000 gallons of water for the livestock and garden there. The channels feeding the water tanks and micro fish farm (not micro fish, its a micro farm) have been cleared and the frogs evicted allowing the free flow of water to the tanks. The big white tank has finally been placed on a large base of breeze blocks, which in turn meant that the modern art sculpture (the stack of blocks falling over) has been removed from the yard to create said base. Tank in place its now full to brim with 200 gallons for the sheep et al. In all by lunch time I was feeling pretty pleased with my efforts and confident that should the dry spell continue we would have several months of water for the critters strategically placed around the smallholding. And then this happened!

Bliss trying to be helpful!
Posted by Tony at 20:04