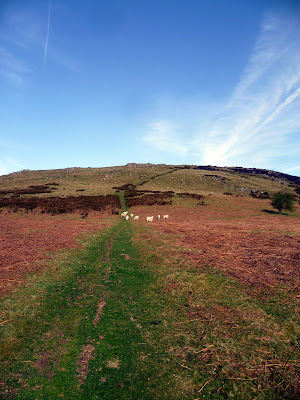 It might surprise you to learn that Tracey, my beautiful and oh so patient wife, has only been to the top of the Bonsai Mountain once since we moved here in October 2006. In fact the last time she even ventured around its base was February 2010. This is not due to a dislike of the great outdoors, or laziness, no far from it, Tracey has a condition called M. E, a chronic illness that renders her incapacitated and devoid of energy. As we developed the smallholding she made some progress, but often she could do little to help, needing all her energy just to do day to day tasks, nothing in reserve to help her insane husband, who, despite only having one functional arm, set about major projects like building kennels in the depths of winter, or clearing the wilderness to rescue the "fields" and who had to be kept an eye due to his capacity for self harm and intention to buy a Zebra. 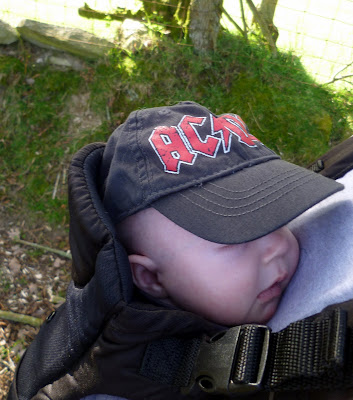 Of late she has been feeling much better, partly due to the arrival of this little chap, but also her recovery has been affected by a lack of stress. So today, as it was a glorious sunny day, she resolved to get out further than the perimeter fence and venture into the Cauldron to attempt the summit. 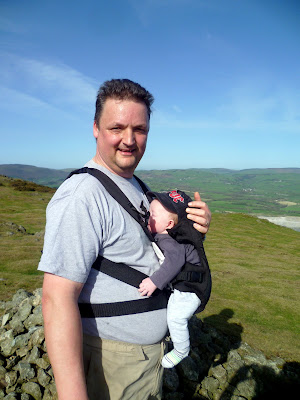 It was a fantastic trek, and it was so nice being able to share the sights and sounds of our backyard once more. Even better that Tristan, now aged six weeks topped out his first peak. Admittedly he didn't put much effort in and did seem to spend an awful lot of the time with his eyes shut, sometimes snoring, but he seemed to enjoy it. The drool down my T shirt I took as sign of approval. 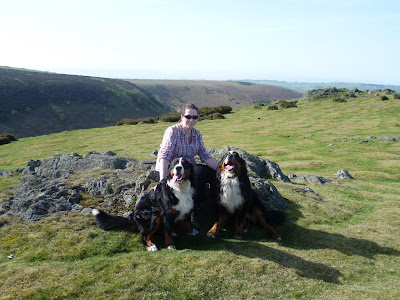 Tracey was very pleased at her progress and it seems that things really are finally on the up.
Posted by Tony at 21:33

So Tracey is a mum, works on a small holding and all the time manages to hold down ME? I'm well impressed, having had friends with this and knowing how debilitating it is.

She does more than me in a day and I don't have any excuse apart from bone idleness...

Hoping things really are moving on...

Yes, she really is a star, putting up with me is almost a full time job!