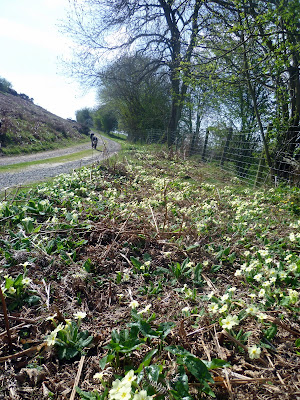 Life's good at Rock HQ, it always has been, but with today's sunshine it was especially good. The critters all enjoyed the sun on their backs and for once were all well behaved. The only drama of the day was soon solved. A noise like a goose being maimed prompted a frantic search of the smallholding, eventually Sally our Chinese goose was found firmly wedged under the garden gate. Panic over the noise some poultry was released and mustering all the dignity she could waddled off to join the rest of the flock. 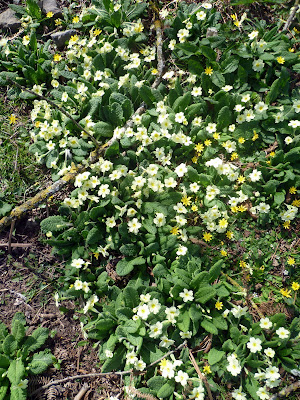 I took some time out from writing up assessments to enjoy the sunshine while it lasted, BBMC training took us over The Bonsai Mountain three times, this time it took longer than an hour, partly because it was so hot, partly because I had a pint of beer before hand with a large ploughman's lunch, but mostly because of laziness. Spring flowers are everywhere laying a colourful carpet to walk on. However amongst the beautiful flower arrangements I spotted an evil menace. 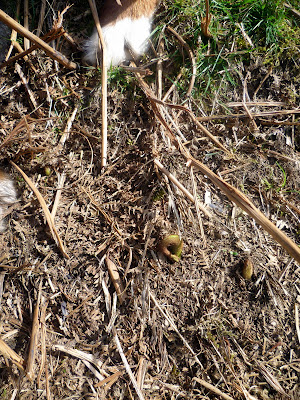 Its about to start again, we are on the verge of another war. These bracken hooks will be six inches high by the end of the week. This year we are better prepared, the yellow strimmer that turned every sortie against the green stuff into a man test has been replaced by a smart blue mean machine. So go ahead bracken, make my day.
Posted by Tony at 21:39