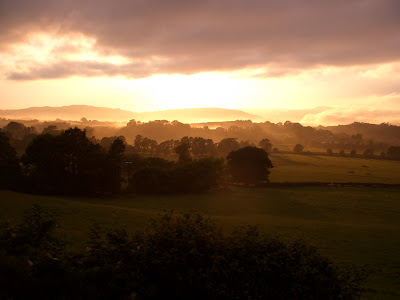 Alls quiet at Rock HQ. Juliet has been cut from the brambles that had trapped her. Apollo has had a temper tantrum on the garden furniture which means we need a new table. The Berners have been chewing the new rug I bought today to emphasis my new man credential, I can buy accessories for the house and I cook quiche. Mad Keith has been fed, all the critters have been checked, fed and watered. All is well.

I have spent the day at the Three Counties Show. This meant an early start and late finish but I was helped by the team I work with, we packed up in a record time and got away before the rush. Hopefully we will have recruited at least one foster carer from this exercise.

Its Fathers day, I was lucky enough to phone my Dad and thank him, and Mum, for all they have done for me. I once again demonstrated a woeful lack of organisational skills by not getting his card in the post on time, once again he was very understanding about it.

So its been a long day, it being the longest day of the year, its fitting, as well as Fathers Day, the day Tracey's father died. 20 minutes ago.