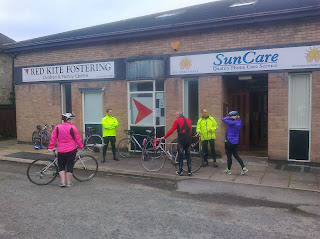 Its hard to believe that two weeks have passed since this intrepid crew met up for a quick (ahem) spin through the countryside. Well it has and so we met up again, well nealry all of us, in fact if all of us who turn up turned up there would be 10 of us, but hey ho the 6 of us set off on what in my deranged mind was a "flat" run. Now I knew that leading them along a road named the Brilley Mountain was short of the actual definition of the word flat but as far as my poor memory served we would be riding on the flat once there. 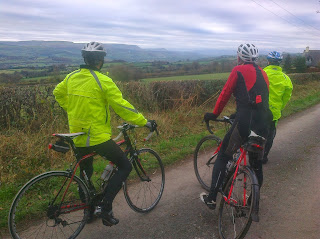 I could not have been more mistaken, here we are almost at the top, and from there it was a regular roller coaster, so severe in fact that the one hill we were on is nationally rated as the 95th most severe and it was to say the least a tough one, some 15 and 20 percent climbs, so much so that the flat ride had in it 2300 feet of climb in 25 miles. Total for me was 35 miles and 1200 calories burned of and then rapidly replaced by two large slices of sponge cake when we got back to Red Kite HQ. Back at the ranch a different sort of riding was about to take place. 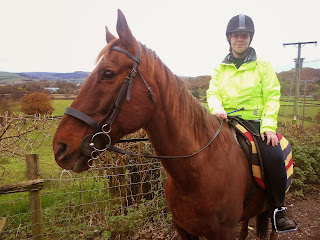 My beautiful and oh so patient wife took out Chester, now again time has flown and it was around this time last year that the two of them set off for a wander around the green lanes surrounding HQ. 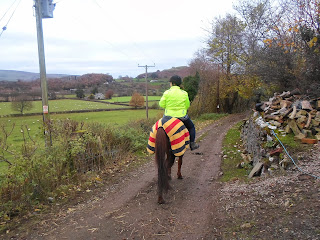 Both were looking good and looking forward to meeting up with the Stable Sprites wife who was waiting on her mount across the valley. 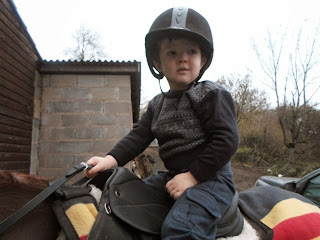 On their return the apprentice smallholder decided that he wanted a go and from the looks he is a natural. 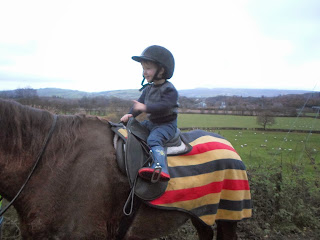 He's grown since the last time he sat on Chester, so much so he can use stirrups, sit unaided and even hold a conversation which he does all of the time non stop. 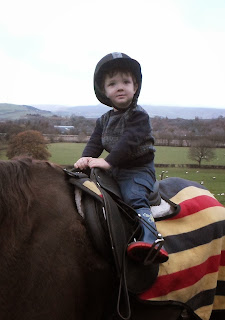 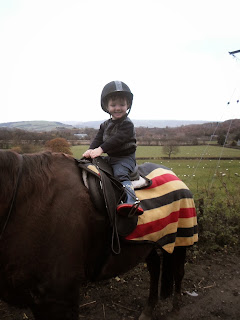 Chatting to the dogs. 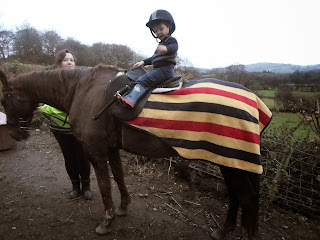 Asking to have his girth adjusted. 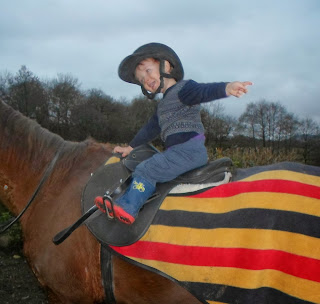