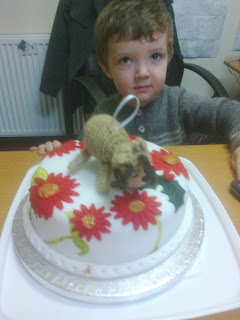 To be really honest, not a lot of work got done at Red Kite HQ today what with being over run with toddlers and Christmas party food, but I bravely soldiered on 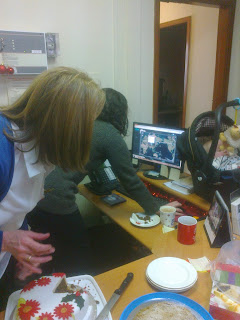 while some used modern technology to track Father Christmas' progress around the planet. 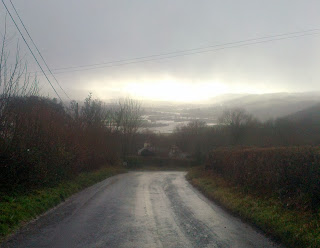 Our progress was a tad slower and the small amount of weather we have had proved a hindrance as we made the last minute rounds dropping of Christmas goodies to friends. The pic above shows non too clearly how much water has fallen from the sky, the river has yet to peak and already most of the valley is flooded. 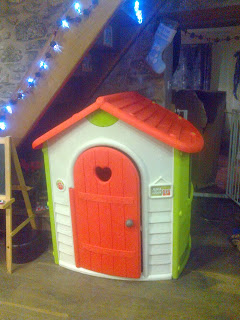 Once the drawbridge was raised and Techno's cat found, cornered, captured, contained and fed, our Christmas was focused on. I realised that perhaps I had over catered and could easily feed 40, not the 4 who are expected the break bread with us tomorrow. Just before midnight when the final touches were put to various presents my beautiful and oh so patient wife casually asked if I was sure that the toy house we had bought the apprentice that I was wrestling with in the living room would fit through the door when I had finished assembling it.
This was a feature of this particular gift I had not thought of.
Clearly.
Posted by Tony at 00:14

Have a Happy Christmas.
Looks like we've had the same weather as you.
Give the Dolyhir Clan an extra big hug from us.