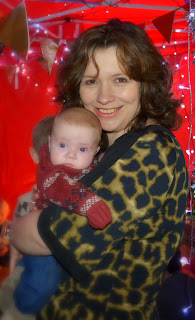 Its that time of year, the time when all and sundry comment along the lines of "I can't believe where the year went" or "It doesn't seem like a year" or "It gets earlier every year" or "Bah Humbug!"
So today was the appointed day for the Red Kite bit of a do to celebrate Christmas. As no Christmas party is complete without a jolly fat man (not me this year!) we pulled out the stops and found a jolly well padded man to act as deputy to the real FC. 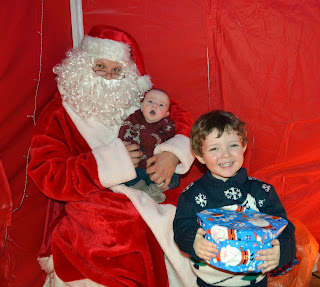 He did a marvelous job entertaining the 70 or so people who were busy demolishing the buffet and listening to classic tracks from the disco such as "I believe in Father Christmas" and "Stop the Cavalry". No Christmas party can take place without at least one rendition of Slade's all time classic and the DJ duly obliged along with a Johnny Mathis Bony M megamix. The smiles one the faces of the lil kiddies told us we had got the party atmosphere just right (as did the bar tab run up by the adults) and the grotto containing enough LED lights for a small airport and decorated with the additional features of animated illuminated reindeer, served as  a fantastic location for traditional games like pass the parcel and musical statues. It was after all for kids. 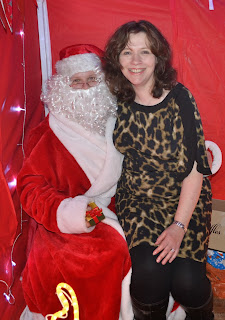