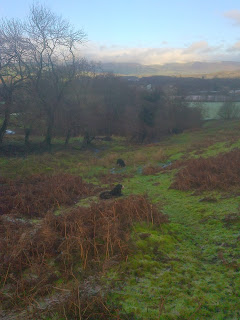 Tradition has it that Boxing Day is a time when hunts meet, and here at HQ we had our own hunt for a missing Bernese Mountain Dog puppy called Tasha who freaked out last night after being stepped on by a pony. Searching resumed at first light where she was stepped on. Almost in sight of the cottage. 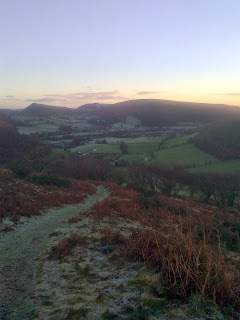 The full story and thank yous is on the Dolyhir Berner site, link on margin. But suffice to say the likelihood of finding a frightened pup out there without masses of help was remote. 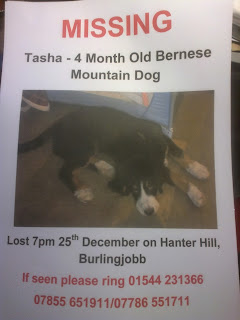 Posters were made and put up as there would be dozens of walkers on the ridge today. 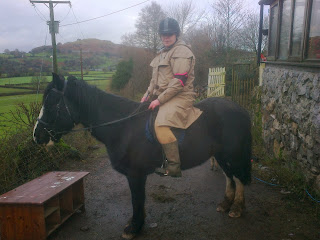 Naughty pony was coaxed back and then put to work by joining the search. 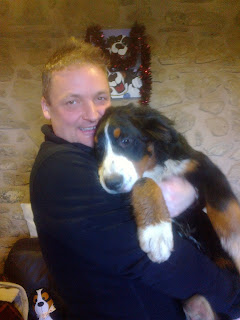 But thanks to an impressive team effort Tasha was tracked, watched until I got there and then reunited with the clan by late afternoon.
Phew!
Posted by Tony at 21:28