Cos you're just not busy enough! 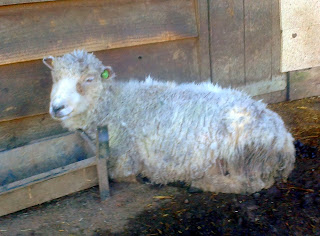 Daffodil could barely move this morning after yours truly left the door to the tack room open thus allowing rampaging Ryeland to access the remaining feed. Stocks were already low but between her and Will.I.Am who's presence was detected by the Himalayan piles of horse crap in the doorway they demolished everyone's breakfasts. 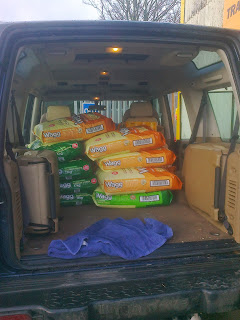 Gerry was used for the first time as a feed wagon, gone are the days when he was a pampered Chelsea Tractor, he's now a solid member of the team and his cavernous interior was filled with critter goodies. This is 1/3rd of the load installed. 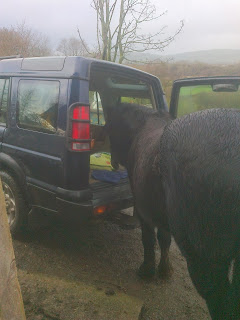 Back at HQ while I was unloading Will.I.Am took a shine to an alternative source of calorie 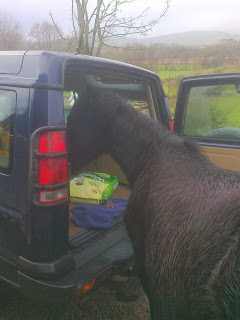 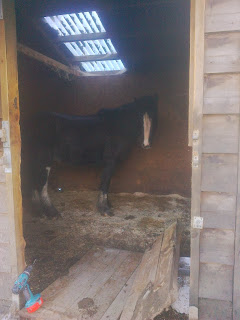 and gave me a small job to do as I am just not busy enough! 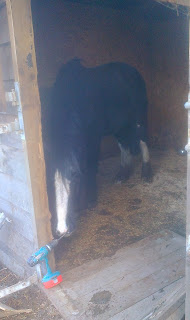 The sulking equine hung around for a while 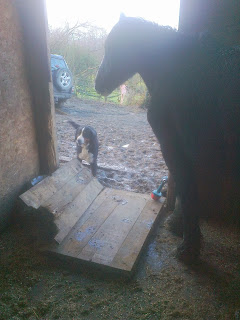 and then once he was sure it was really broken left me too it. 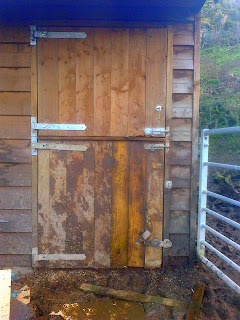 Several cuts and bruises later a nearly new door was resurrected from bits, old bits, new bits and a bucket load of screws. Jobs done, jobs a good un, satisfied I can go indoors and have a well earned cuppa. 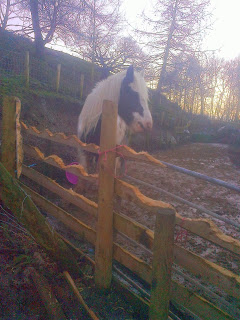 But just to my right a pretty boy pony has been making his own modifications to a 6 rail pole fence.
Posted by Tony at 22:40