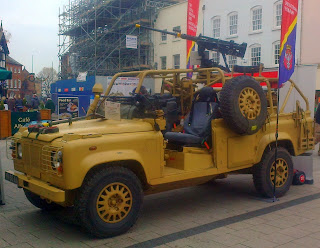 Renatta, the cheaper than an average road bike has had a few minor blips recently and has steadfastly refused to move. Now while I enjoy ripping around on my bike there are times I need motorised transport, and times I need reliable motorised transport. Renatta has been fixed, we embarrassed her into starting when Steve the mechanic turned up and threatened her with a hammer but she sulked and 24 hours later did the same again. The music was still playing but I needed a mobile disco that day. Steve turned up again and again she took the hint and went back to his house where for 5 mornings in a row she played silly buggers. Finally the fault was tracked to a gremlin on the crankshaft position indicator and all sorted.
Except she wasn't.
Steve explained that no matter how hard I try, hope, or throw money at, Renatta will never be big enough for 7 people, 2 prams, shopping, 14 large dogs and a bag of pick and mix. Something needed to be done. So the search is on for a different car.
I thought I found the ideal one (see above) one careful owner, full service history, low mileage, air con, full mot, 6 or 8 seats, large boot, full sized spare wheel, choice of colours (provided you like desert yellow) and on car entertainment (if a .50 cal Browning, grenade launcher and two GPMG's count as entertainment) My beautiful and oh so patient wife didn't say we couldn't have it, she just very calmly pointed out that things might get damp in the inclement weather ahead and that there were times when she felt that line between wife and carer had been crossed.
So the search continued. 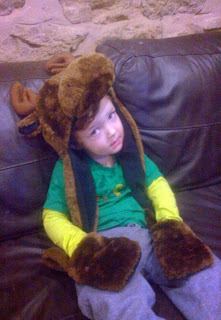 Back at the ranch Rudolf MkIII was found on the sofa. Despite his you did this to me expression he is very happy to be a reindeer. Honest.