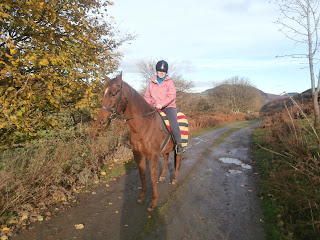 For some obscure reason I have been taken seriously as a cyclist. This might be because I took to two wheels like a duck to chainsawing before young Mr Wiggins raced into the headlines. So much so in fact that I have been asked to form an ad hoc cycling club, which is a nice idea, but how it would cater for all wanna be racers and MAMIL pub dawdlers remains to be seen. Meanwhile my attempts to get uber fit for next years epic challenge goes on and yesterday morning in the freezing cold sunshine saw yours truly on his first "club" ride (if two people can be a club) It also showed me how far I have to go in my quest for cycling greatness as my cycle buddy has recently been and done a few miles around Europe. If over 2000 can be called a few that is. So we cantered around the sun filled dry tarmac until we were bounced by a bandit tandem that came screaming out of the sun. 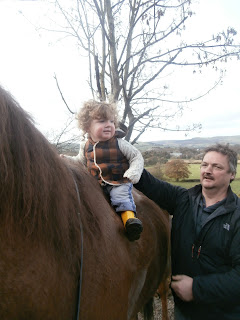 The lead rider shouted across as they went past in a blur of blue and red elasticated fabric clad limbs (lets face it its not a cool dressed sport pastime is it?) "Shorts in this weather that's hard core!" by the time I had recovered my senses and was climbing back into my skin that I had jumped out of the rear gunner on the tandem got me with a burst of "You know it wrong don't you!" Breaking all the rules I left my wingman and raced after the bandits to seek vengence for their fashionista slurs. Momentarily they were in my sights but I peeled off when they revealed that they were on their way to Milton Keynes (140 miles away) today, they don't call it long distance cycling for nothing was the parting shot. I circled while my oppo caught up and we took off in another direction. They were out for a jolly, 160 miles of jolly. Good luck. But that's as far as I need to get in a day and climb a mountain. 3 days in a row. 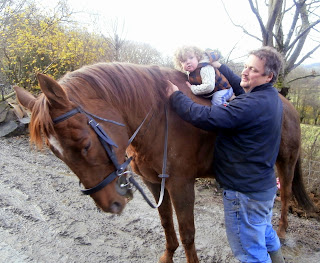 Back at the ranch other riders sallied forth into the sunfest. My beautiful and oh so patient wife felt well enough to put Chester through his paces. Then little t had a go, start em young. Theres plenty of growing room. 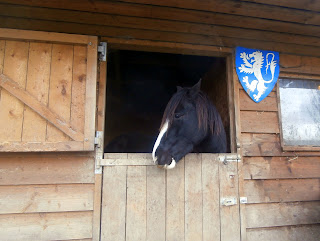 William also got a trip out, I was supposed to take him but sanity prevailed and I got on with the mucking out while MBAOSPW did the mucking about. I know my place.

Well Misty his size, has she been trained at all for riding ? Trevor I won't touch with a ten foot pool. Apollo would also make a good mount, given his personality.
Good luck, with little T I hope he has his mother's love of riding.
Kit