Sun up, sun down 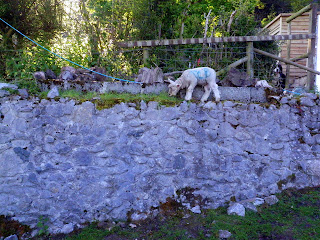 All our little flockers were gathered in the yard early doors, giving Woolly an opportunity for 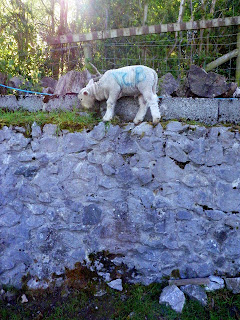 some extreme grazing. Once all the critters were fed, and as we have broken out in summer, I took time to water all the green things that have appeared since the goat menace was dealt with. 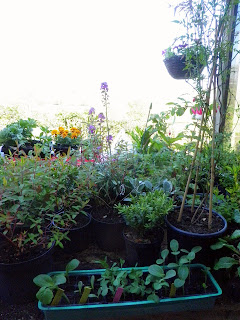 Some of these now need re potting and placing in the one remaining serviceable greenhouse. Unfortunately before this can be used the bantam hens in it have to be rehoused. 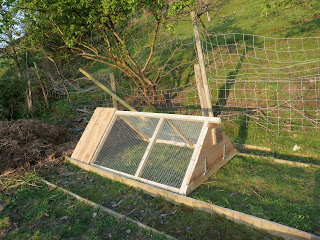 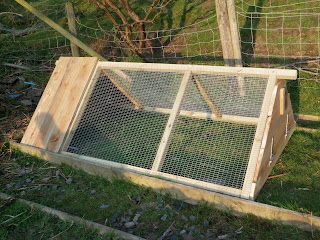 birds the size of small pigeons. Not bad for a speed building exercise, I have to admit that the trapdoor was only added once I realised that once they were in it they were in it and then the amount on time faffing around cutting a triangle of wire seemed 3x what cutting planks was so we have a serviceable door,  and as the sun set the greenhouse was liberated, the birds incarcerated 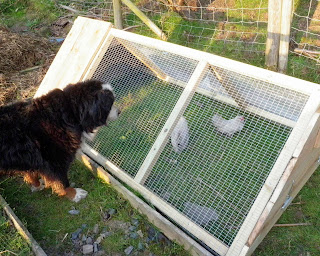 and Montana had something new to drool over.
Posted by Tony at 21:59