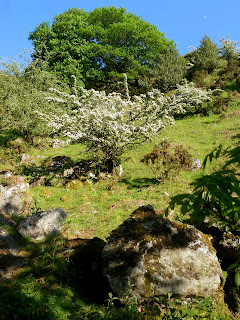 The thoughts I had yesterday morning, the ones relating to how easy smallholding is, especially when all animals are present and correct, behaving properly and grateful for breakfast, evaporated fiirst thing today when a lot of fresh air occupied the place where two ponies should have been. Truth be told one naughty pony had been out all day having taken advantage of my ineptitude as a horse botherer when I tried to get him to follow me through a three foot gap in a gateway. He having a rear end the size of Ark Royals flight deck took gate and cattle feeder with him (which incidentally nearly crushed my beautiful and oh so patient wife) and in the resulting heavy metal cacophony he scarpered down the lane. Being the woosie type he is he came back tail between his legs as no one was with him. Overnight he had obviously persuaded Apollo to escape with him. 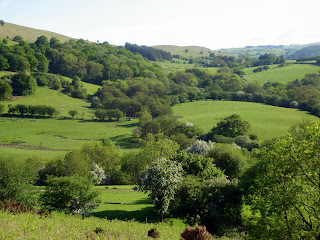 So instead of doing as planned, gardening, yours truly began an exploration of the countryside to find the two bad boys, William and Apollo. Somehwere out there they were lurking. 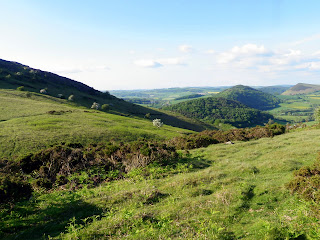 Those with eagle like eyesight will be able to spot them in this pic, Apollo is the white spec in the shadow of the bonsai mountain above the white spec that is a tree. 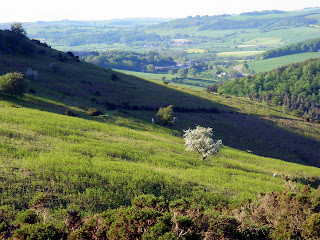 On full zoom he is just about pixelated. 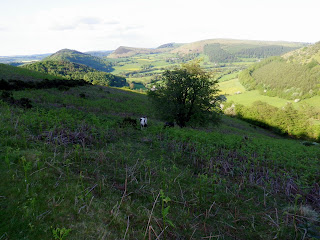 Apollo saw me coming, but being the dim side of a 20 watt bulb he waited for the inevitable capture. 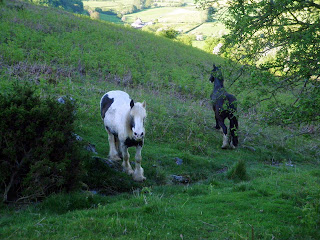 William was obviously on the lookout for trouble 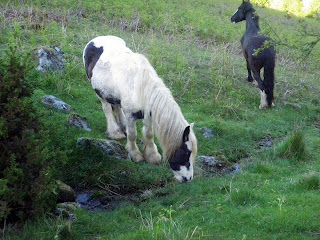 and ever alert to leg it he was totally let down by his partner in crime who waited patiently while yours truly worked out how to operate a head collar. 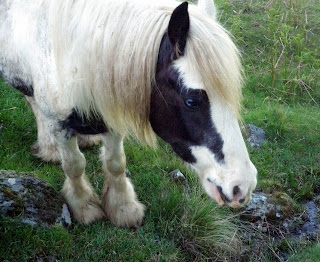 Once captured Apollo dutifully followed while William tried all sorts of antics to provoke rebellion, all to no avail. An hour late we were back home, apples to the good ponys who walked properly and didn't try and kick their owner. 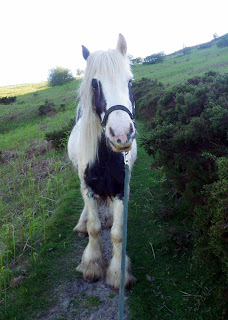 William got one as well to stop him sulking. Providing all animals are where they should be the gardening is on for tomorrow night.
Posted by Tony at 22:47