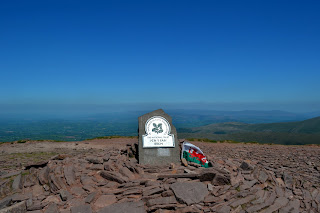 There are advantages to having foster carers in south Wales, especially on a gloriously sunny day and your route takes you close to the highest point in south Wales, Pen-y-Fan. So late this afternoon I pulled in to the car park close to the summit and set off with Rocky in support. It was 27 degrees in the car park, only a bit less with altitude and a warm easterly. Within 45 minutes we were topside but plans for a quiet picnic were scuppered by Rocky. 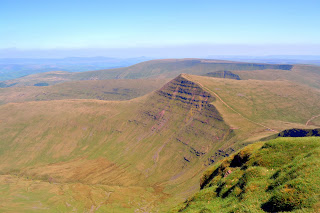 I perched on a ledge taking in the views ready to eat a sandwich, pork obviously. 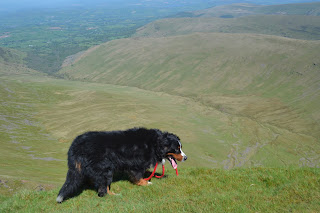 Rocky, probably confused by the heat, nearly went off the edge, so to prevent tragedy I headed to safe ground and began the descent. 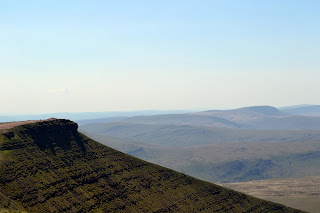 The views were impressive. 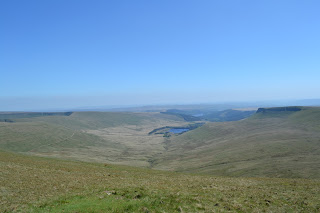 All this wilderness within walking distance of the car, not a road or dwelling in sight! 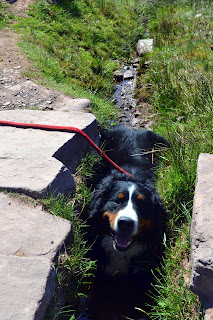 Rocky was able to cool off quicker than I was as he was prepared to sit in the stream. One hour 15 minutes from the start we were back on the road. A bit longer than usual lunch hour, one without food, no air con but it sure beats sitting in MacDonald's!
Posted by Tony at 22:31