Nine and a half hours 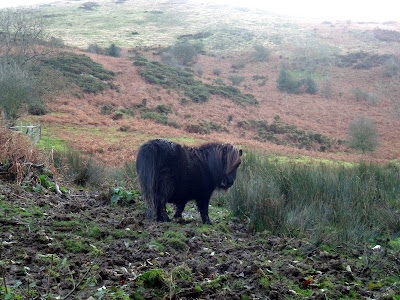 Daylight is at a premium this time of the year, the Technohermit bent my ear over that fact while I dropped off his dinner. The wind was cutting like a knife through the thin woolly pulley I was wearing and I chastised myself for failing to A) put on a coat and B)thinking dropping off dinner to a hermit would ever be a quick and easy job. So as I shivered, he wearing an assortment of animal skins and dirt being toasty warm and windproof, waxed lyrical over how he had calculated that there was 14.5 hours of darkness leaving only 9.5 hours of daylight to get all the jobs done. Presumably jobs included sitting in a cave entrance and waiting for anything edible stupid enough to wander within arms reach. He confidently predicted that by the end of the week there would only be nine hours of daylight left. What did I think of that, well not a lot really, my mind had lost the ability to think and I was seriously concerned that I would be joining the trio of Brass Monkeys sat close by clutching their privates in the vain hope of salvaging something worthwhile.
Finally my audience was over and he retreated into the darkness clutching a foil pack of hot pie, peas and deep fried potato salad aka chips.
I managed to get back to HQ before hypothermia rendered me unconscious and having heard the pontifications about not wasting daylight wondered how the Technohermit would have felt spending one tenth of his daylight hours looking for little Misty. This equine equivalent of a Tasmanian devil was. like Trevor, not where she should be at first light. So I set off to get her from where she shouldn't be and found her not there, Trevor was and he tried to sneak off without being seen but it was too late, busted. So he trotted off to where he should be while I and several Berners searched the Cauldron for the naughty pony.
Search was called off when time ran out and I had to be somewhere else clean and tidy rather than covered in mud. Trevor got his just reward for being a good boy and now being where he should. It was at that point that Misty was found, exactly where she should have been, in her stable waiting for breakfast, and yours truly went to his appointment and then went for an eye test. 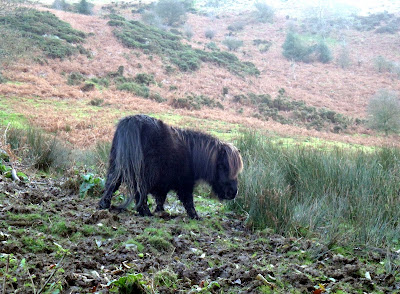