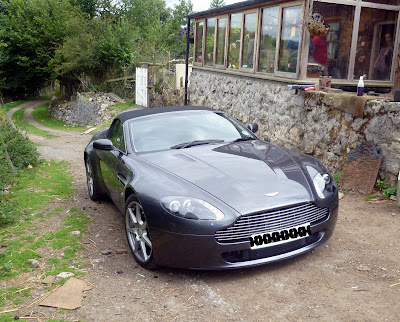 This caused quite a stir amongst the militia on the weekend, the arrival of this dream machine. It wont surprise you to find out that it isn't ours but belongs to a friend who spends a lot of his time in the driving seat of Apache helicopters. He is a quite a brave chap, not for what he does by way of occupation, but for bringing this up our drive and then parking it where it was left at the mercy of the critters while we ate lunch. Last time a friend brought a new car up the lane and parked it she returned to find a goat sat on the roof, she wasn't impressed and hasn't called round since. 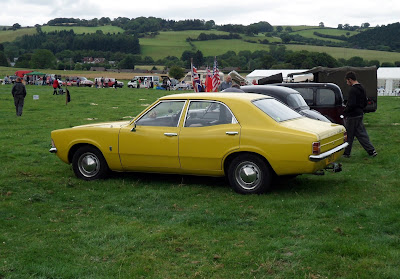 No, coffers at Rock HQ wont stretch to such machinery, we are looking for a practical vehicle to use on the farm, as an aside its a sign of age that you see a car you last remember being driven in by your dad in a vintage car line up. He had a dark blue Cortina MKIII like this yellow beast, one front wing I seem to remember was painted blue is a sort of match, close enough for a shepherd, with blue animal marker. 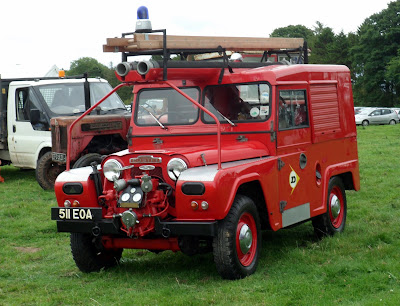 Perhaps an old tractor would be a useful addition here, or another old Land Rover, this isn't a Land Rover, its an Austin thingy. I am persuaded that an old small tractor would be useful here, or fun, or another sign of age, that I hanker after an old useless piece of machinery. Perhaps this is how these strange types who sit by old steam engines that are pumping water endlessly between buckets at country shows are created. I have for a while collected or taken photographs of old tractors, I will have to be on my guard. 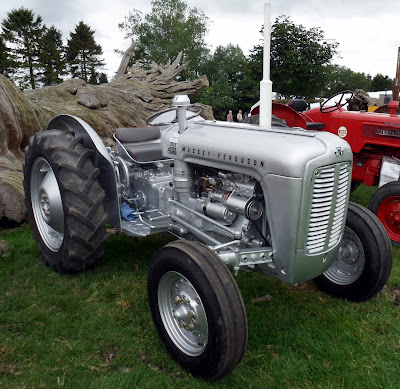 A goat on the roof of a convertible would be an interesting if short lived sight. Probably followed by curry...