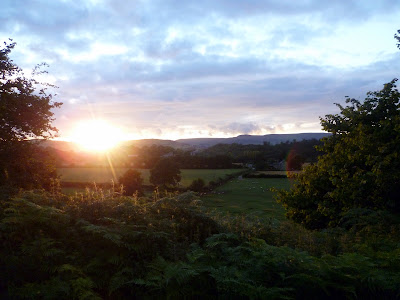 Its hard to believe its a year since I was last collecting nuts for the pigs, that's probably because its not, the nuts seem to be a tad early, but theres loads of them so rather than let the tree rats get them all I set off with a trusty pack of Berners and gathered a few pounds of free calories for the piggies. 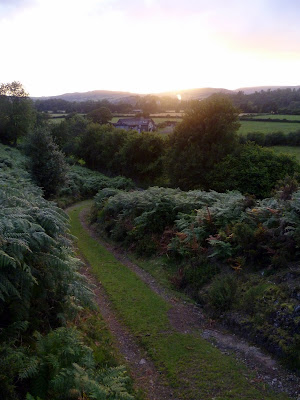 It was well worth the effort, despite the nettle stings, as tonight's sunset was one that puts Santorini to shame, again. 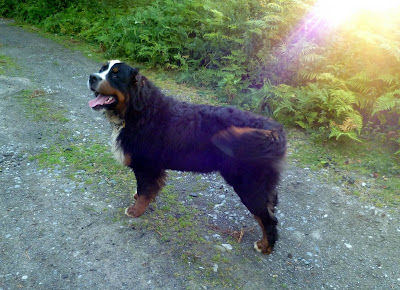 At times it seemed the whole sky was on fire. I used the walk to covet neighbours fruit trees, these will also provide additional free calories to the potential bacon and sausage housed in the big pen. 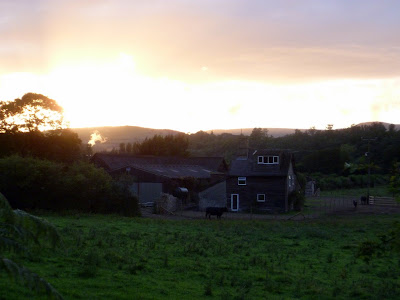 After risking blindness by watching the sunset spectacle we delivered our precious cargo to the waiting pigs. 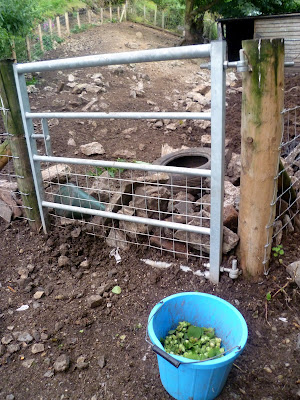 Who had gone to bed early. Ah well. Guess what they are having for breakfast!

I won't make a comment like "you are what you eat" because that would be unoriginal and passe...