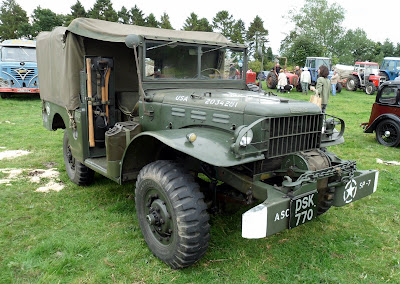 Now as an anorak I love military vehicles and hanker after owning one, one day. I did have an ex army light weight Land Rover which was about as much use on the smallholding as a castrated male goat, so that was sold, but one day I will own a WW2 vehicle. So it was a nice surprise to see a small collection at the Norton village "Fun Day", especially this Dodge weapons carrier. 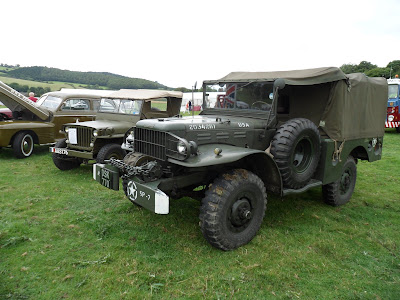 The kindly old gent who owned it showed me and lil t around it while Tracey, my beautiful and oh so patient wife watched from a safe distance. The vehicle was probably a Normandy invasion vehicle, and after the war the Americans didn't bring much stuff back so this one was sold to Norway, who some 25 years ago got fed up with it and sold it with three others. The kindly old gent bought this one and did a bit of work on it and here it is. Some 250,000 were built, not many left now, common as muck, abused, left to rot, converted to cranes, all sorts. 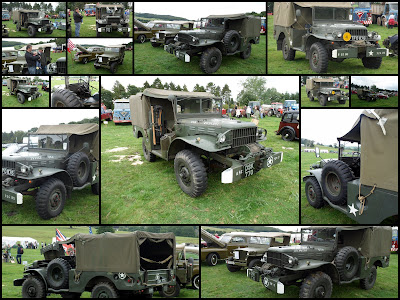 I remembered seeing one rotting in a barn some 20 years ago, the kindly old gent thought I should go back and see if its still there. Fat chance we agreed, in the days of ebay etc its long gone. Hardly a thing of beauty at the time this truck is a classic piece of hardware for us anoraks to drool over. I thanked him for his time, only around 60 left in the country he said, might be worth a trip back to that barn! Only 60 left. Imagine that. And here's one at a lowly country village show. 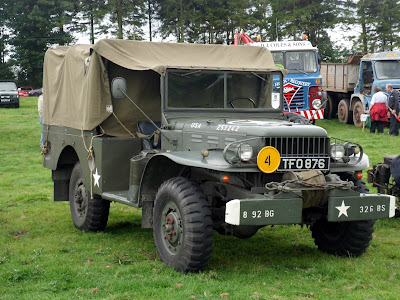 Imagine the sound our jaws made dropping as this one drove onto the field. What are the chances of that? And wheres the other 58? 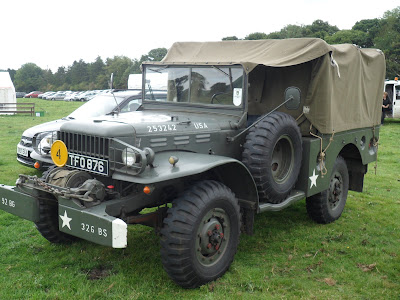