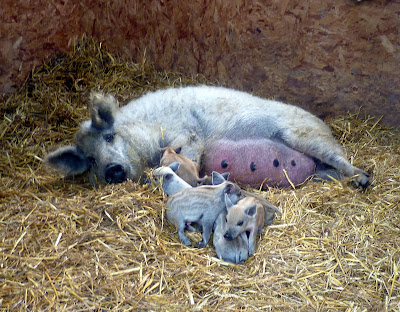 Its been the driest start to the year ever known which has had some bonus side effects, like the lack of mud at Rock HQ and the bracken that threatens to suffocate Bonsai Mountain has not managed its usual 6 foot in height making it easier for us to chop down. We've had a few dramas with the micro fish farm, its been running nicely, fish getting bigger, some were 8 inches in length, still a bit of growing to do but doing fine, the valves and taps on the arcane pipework that fed the fresh water to the trout have been fully open allowing the barest trickle to oxygenate the tank. A torrential downpour earlier in the week changed the barest trickle into a tsunami and in the early hours of the morning 25 million gallons of water tried to get into a space big enough for 500 gallons. By the time I got there at sparrows fart the water had changed countless times, overflowing and allowing the fish to go and explore the world. As world ends in our garden/compost heap and lane the holiday was short lived. As were the fish. Back to the drawing board on that project, but it does work, perhaps better if we used a different fish who don't like to explore the world. 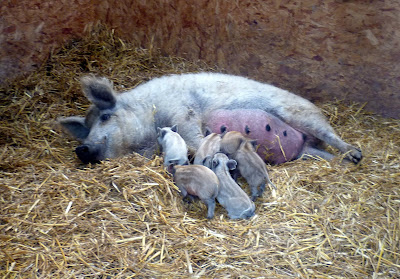 Second water sourced drama started when I cleaned out the pig pens this morning, the full water tanks giving the water supply down the far end of the smallholding a useful pressure. So I cleaned out the troughs and hosed out the mud from the gateway. Bridget the Mangalitza that might be pregnant, rather than Pam who definitely isn't, has a habit of tipping her water trough over, every day, which is no doubt entertaining if your a pig, but a biped trying to use the gateway one foot deep in liquid mud, the joke wears thin. So today the mud was evacuated from the pens (a lot was carried away on the paws of Bernese Mountain Dogs). Clean footwear for all. No mud. Not the time then to forget to turn the tap off and give Bridget the raw materials (500 gallons worth) to create a mud bath visible via google earth. 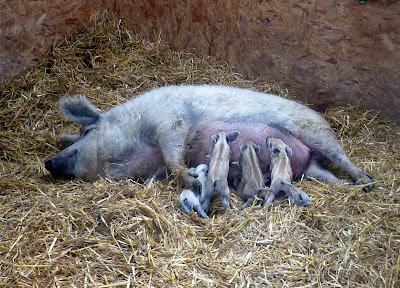