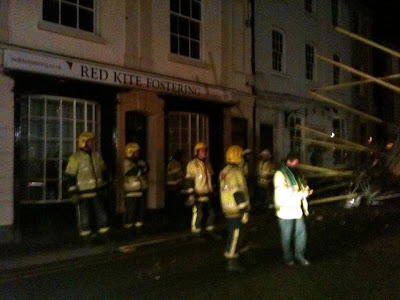 So the secret of what goes on behind the green, now black door is out. A project long in planning finally gets going. But we are having second thoughts about one aspect of the operation, the main office. First it flooded. Then the rooms above caught fire, bringing our ceilings down when the brave firefighters dealt with it. Then as we organised a celebrity grand open day scaffolding appeared covering most of the building. On the actual open day snow and ice made us postpone it. But still we carried on working behind the steel tubed facade. 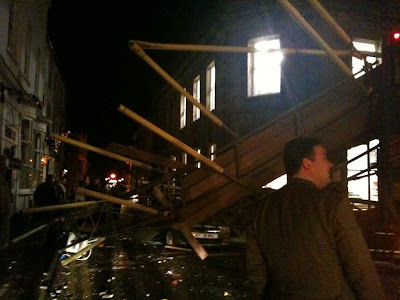 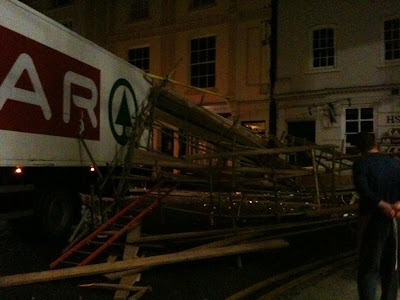 A supermarket lorry driver decided to rid us of the menace of scaffolding. 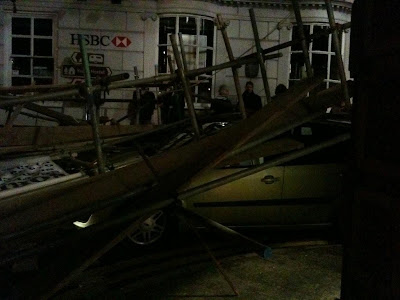 The driver of the car was a tad shaken. The town centre is closed, fire, police and ambulance are in attendance. One of the firefighters nodded in recognition, you again. Yes. Us again.