The forecast was spot on, overnight we had a massive (for us) snowfall, and as I did the morning rounds another two inches fell meaning we were well and truly cut off. Plans to get out and visit my folks up Manchester way were put on hold as as I type our daughters boyfriend is stuck on the M5 and has been for some 6 hours. 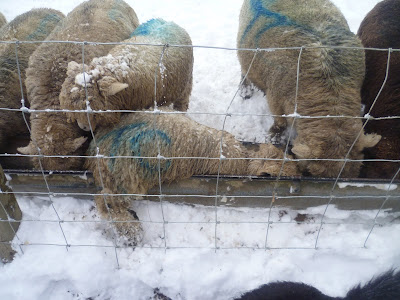 Everything needed digging out, luckily we had learned from experience and troughs were overturned the day before so clear of the white stuff. Paths were cleared to stop the snow compacting into comedy slides, the several hundred gallons of water stored under the eaves of the stable meant that buckets only had to be carried yards and on relatively flat surfaces. 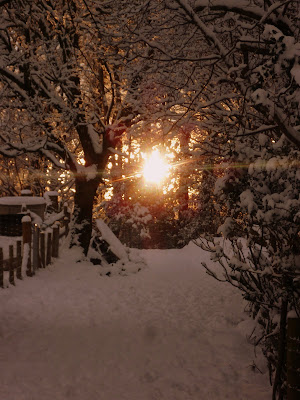 So after the jobs were done there was little else to do for a change as the snow put a stop to everything. Instead there was time for fun and games with the dogs and enjoy the scenery which was even more spectacular than ever. 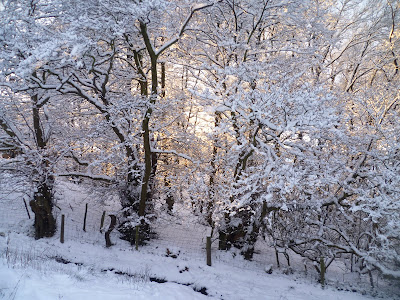