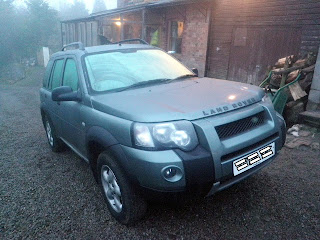 Miranda has survived 48 hours at Rock HQ, so far so good, only paw prints from dogs and cats have spoiled her good looks. The morning fog proved no deterrent to yours truly and Paul who set off on a fairly long slog across and around various bits of geography before breakfast. 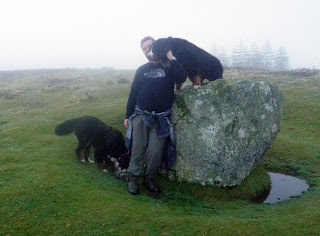 Bear and Rocky joined us and as usual Rocky showed how clever he is at The Whet stone. 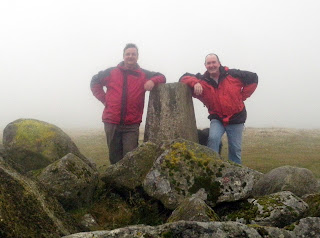 I then showed how clever I was by using the self timer function on the camera (it has been found and little t was not to blame for its disappearance, yours truly had put it somewhere safe and forgot, luckily my beautiful and oh so patient wife found it) and taking this pic at Hergest trig point without tripping and smashing my face in on the wet rocks as I scampered back to strike a suitable heroic pose. 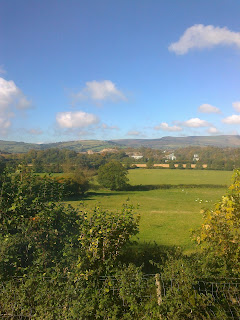 By late breakfast this happened. 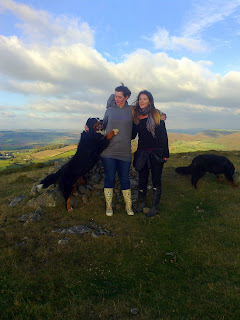 So after mucking out, mucking about with the critters, feeding all visitors (Beth ((2nd born)) and Gen ((bessie mate of daughter)) ) arrived a bit later than planned because of fog (see above pic) which meant a long walk post Sunday dinner. 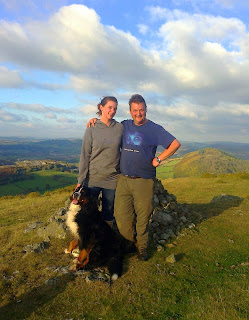 This time we got to the top of the Bonsai Mountain to survey the Dolyhir Clan's lands.
Posted by Tony at 22:55

Nice new car, looks more at home than Hazel ever did. But why is it female? It looks more like a boy, you know, big, muscley and not so likely to break down. Ofcourse it it turns out that once a month it gets temperamental then youre right, it is a girl.