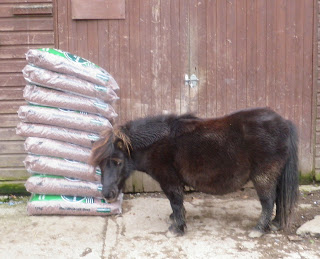 Our feed order failed to arrive on the right day as, apparently, they hadn't got our dog food in. That meant 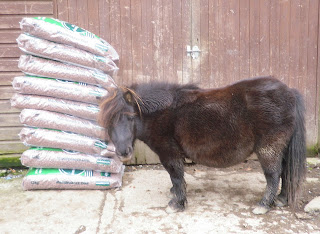 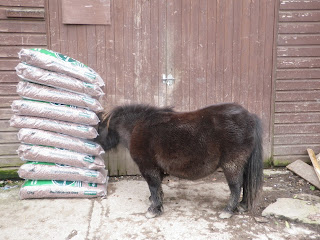 all feed would be delivered Thursday. This information when disseminated eventually quelled the food riot and as promised the lorry and feed arrived mid morning Thursday, deficit the dog feed that was the cause of the non delivery in the first place. 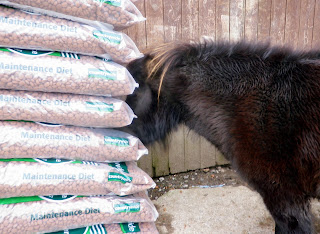 Another irate phone call later led to promises of situation rectified by end of play today. Sure enough by the time I cycled home a fairish amount of dog food was stacked ready for storage. Little Misty had thought her Christmas had arrived early and forgetting she is a vegetarian was tucking into the meat flavoured kibble with enthusiasm.
Posted by Tony at 21:34