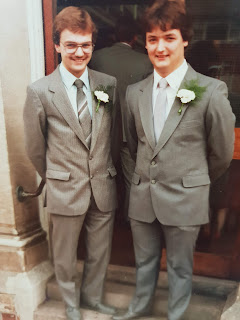 There are days when yours truly notices the passing of time, like listening to music and thinking its 40years since I first heard/bought that album. Or looking at this picture of yours truly and my cousin Peter who was best man at my wedding. There is 6 months difference in our age, we grew up together, I'm the slightly older one. Summers were spent together playing cowboys and Indians, or refighting WW2 in the woods behind the farm, or making airfix models and wargaming . Time passed and we grew into men, yours truly joined the Police while Peter took up a career in banking. We both got married, had kids, got divorced, remarried, had more kids, and by coincidence ended up with boys 6 months apart named Alexander. Now one of us is dead. 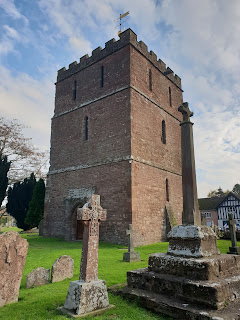 As I'm typing this its clearly not me. Peter died of a massive heart attack in his sleep 6 days after his 54th birthday. I actually text him on his birthday but forgot to wish him a happy one.  A first for me was being a pall bearer at his funeral 5 November, a day that was almost unbearable.
Its a bit of a shock to find I'm now in a world without my "twin".
Posted by Tony at 21:14

Tough call Tony. Sorry not to have been in touch for a while. All thoughts with you and the clan

JJ we have lost your number and were only talking about looking you up the other day. Hope all is well in your world.