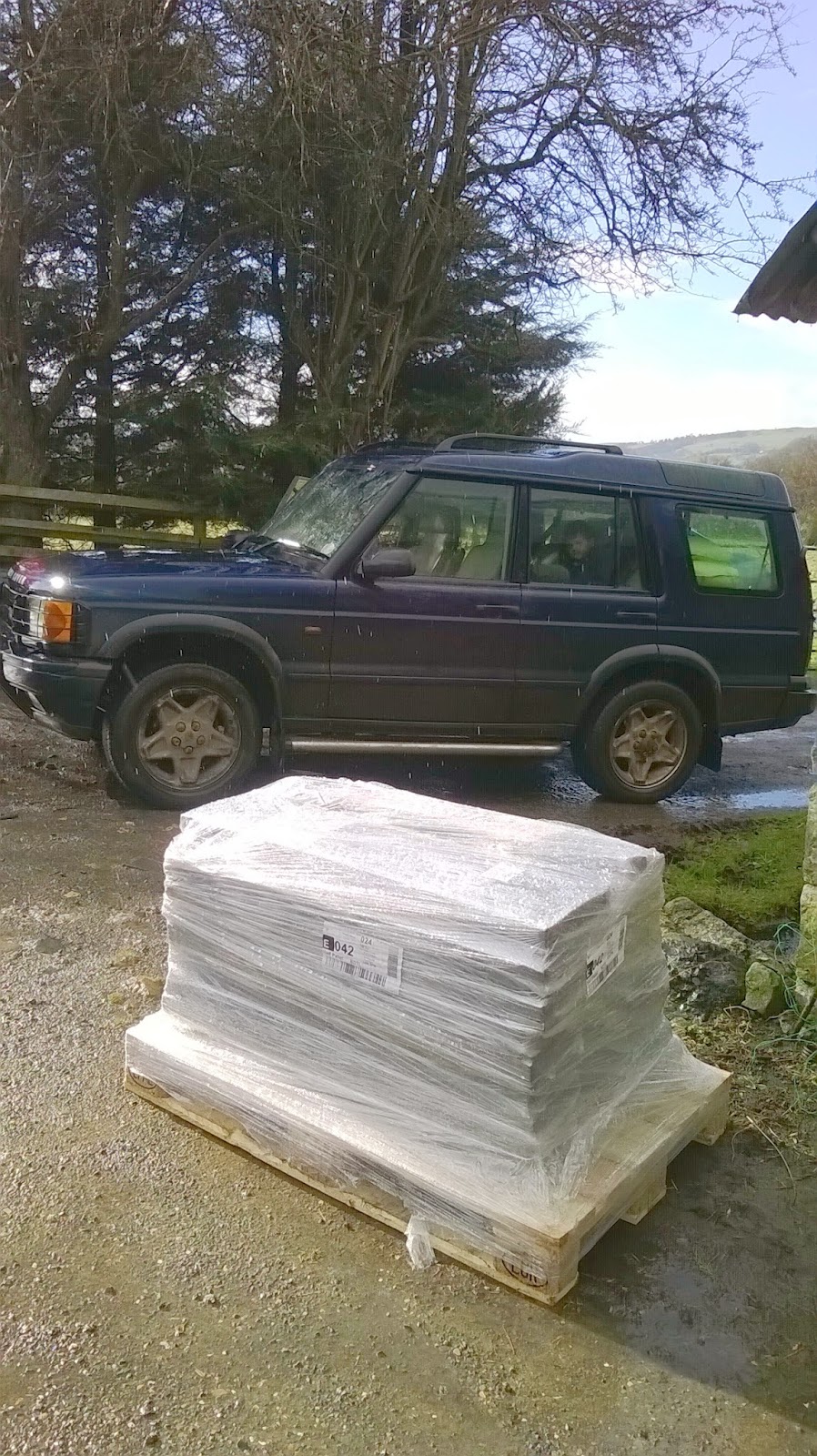 The late great Douglas Adams was quoted as having said he loved the sound deadlines made as they passed. Yours truly has been fretting over several, one in particular for university (yes I am a student again) has been bearing swiftly down, an assignment due. Having just had my mark for the last one (the first of the course) and passing (meaning 1/8th of a step closer to changing Mr to Dr) pressure was on for Mondays assignment on forensic interview techniques. Paid work has been mental busy and home life just usual busy so after a brief chat with my course tutor I was allowed a new deadline, not 15 days ahead like I wanted, but 4 months. Cheers. So that freed me up to take a bit of work time off to put roof on Swiss Style Kennel Block, part of which had been dumped by the gateway to the world by a van driver keen to escape back to the safety of civilization. 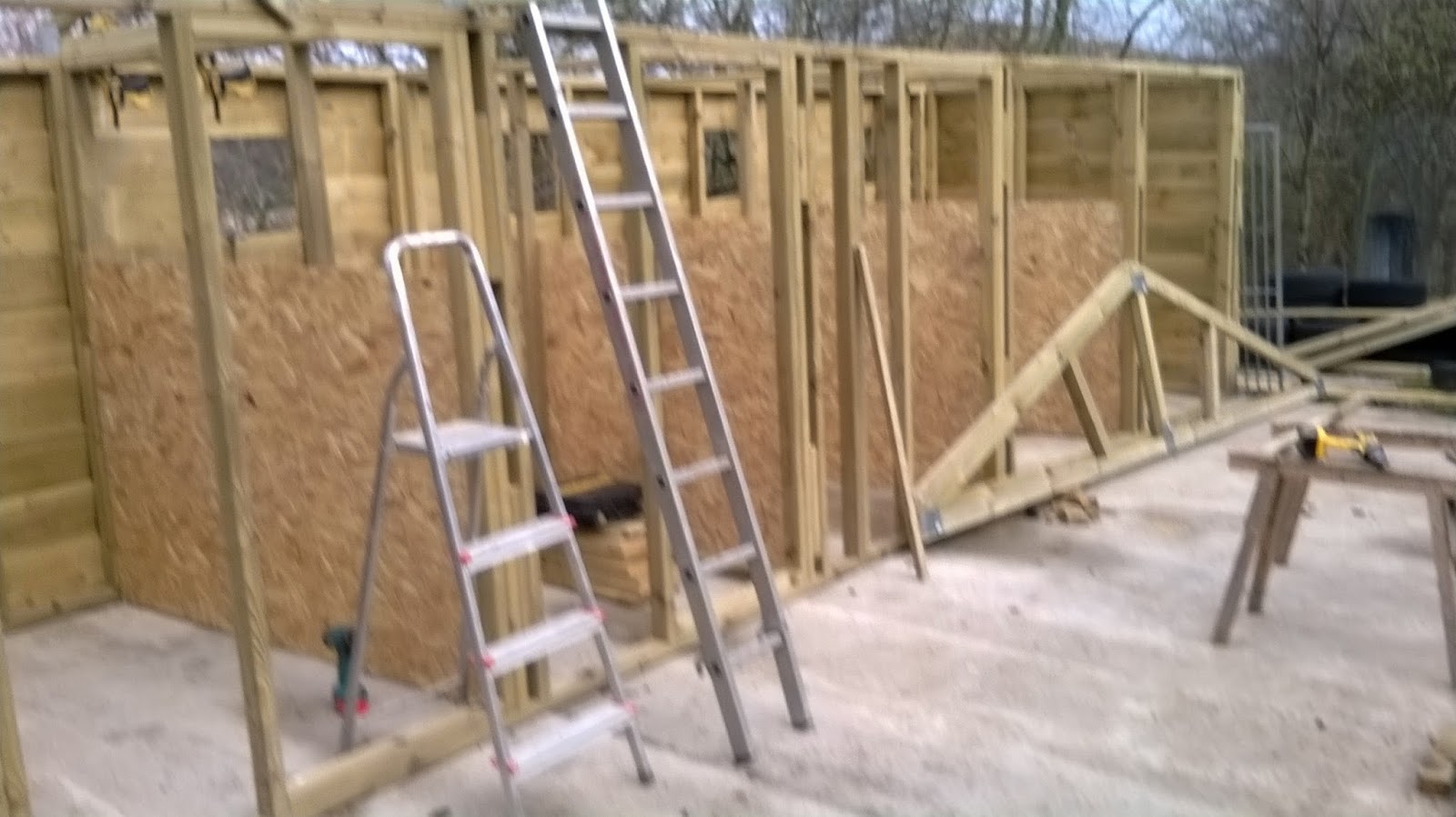 Now this is a big build, bigger than any Airfix kit I have ever done, and after last weekends realization that I was deficit height and extra hands I press ganged a local chippy into helping. Coincidentally he was called Steve and he was a very polite chippy as he totally refrained from passing any comment about my handiwork for the three and half hours he was here. 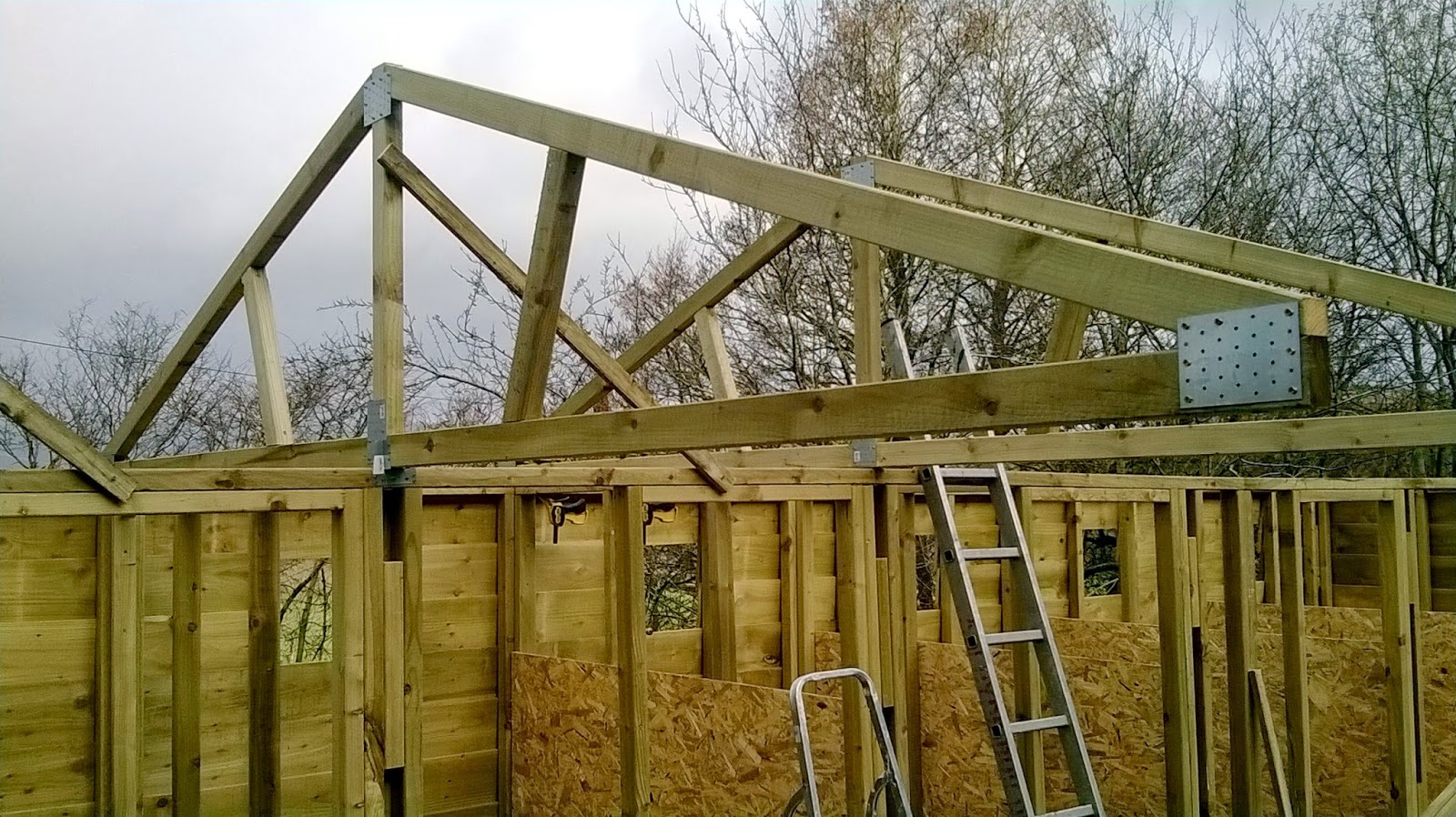 In that time we got the roof trusses up. 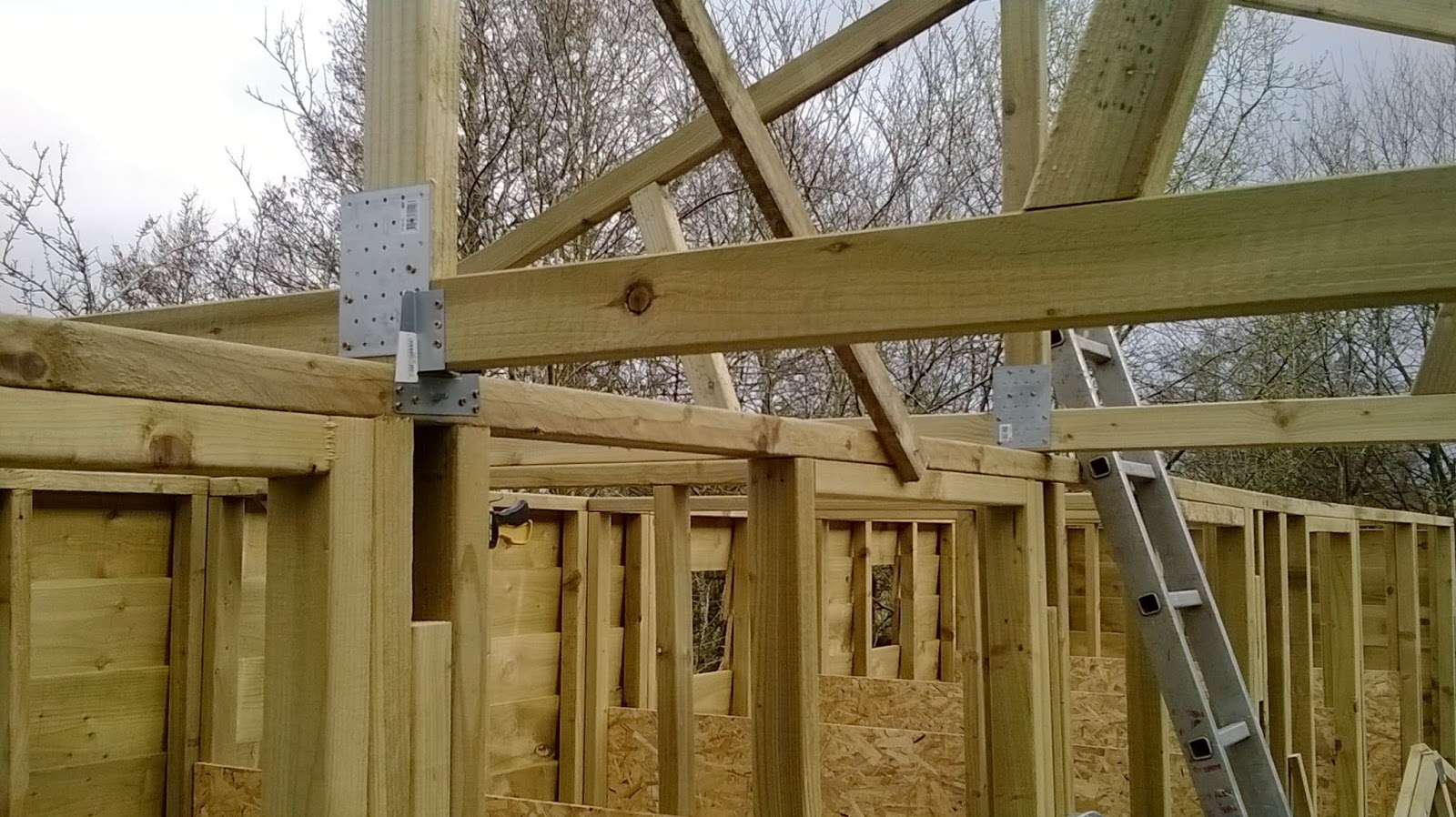 I did most of the gophering and metalwork 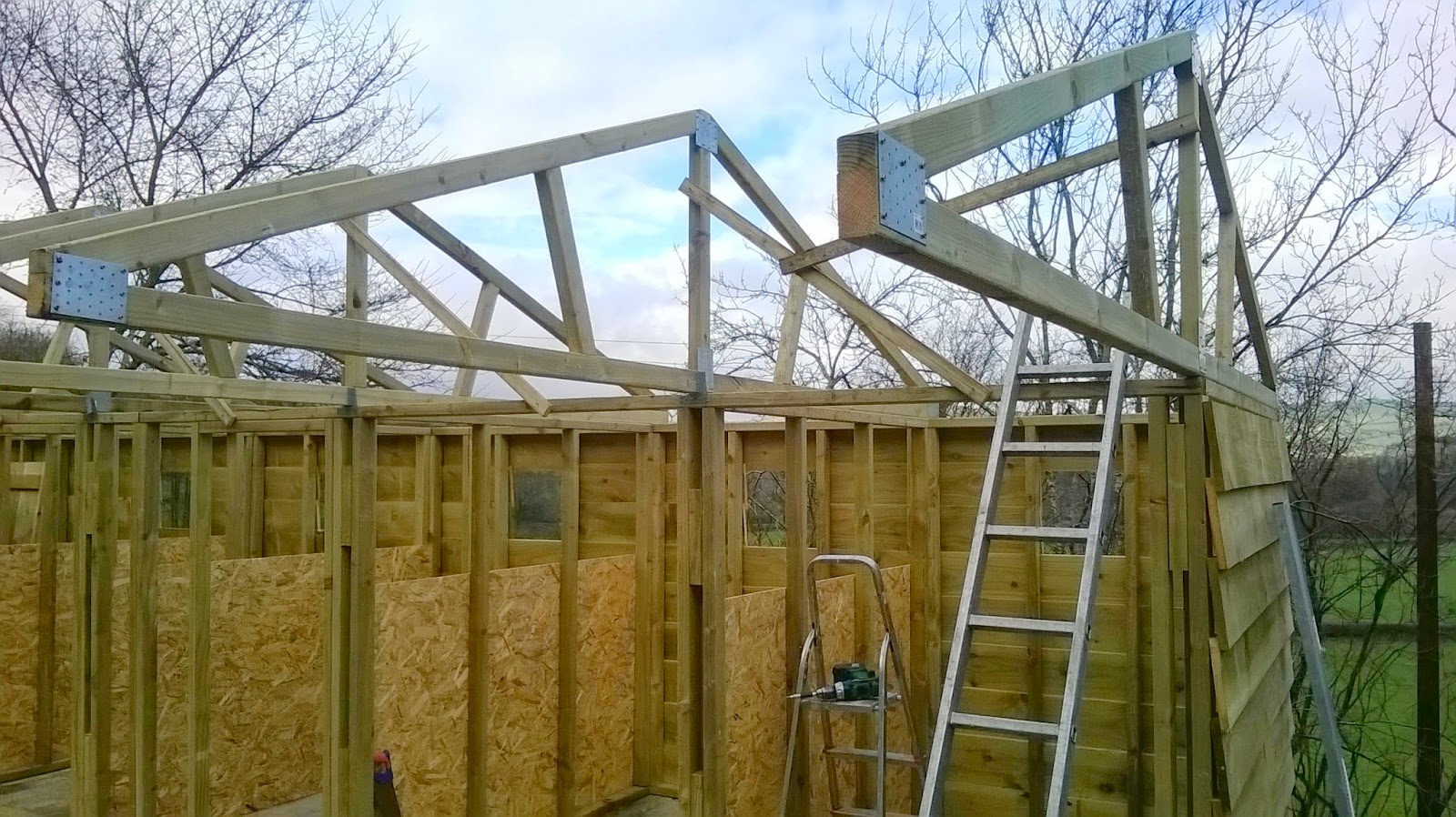 Within an hour we had all seven in place 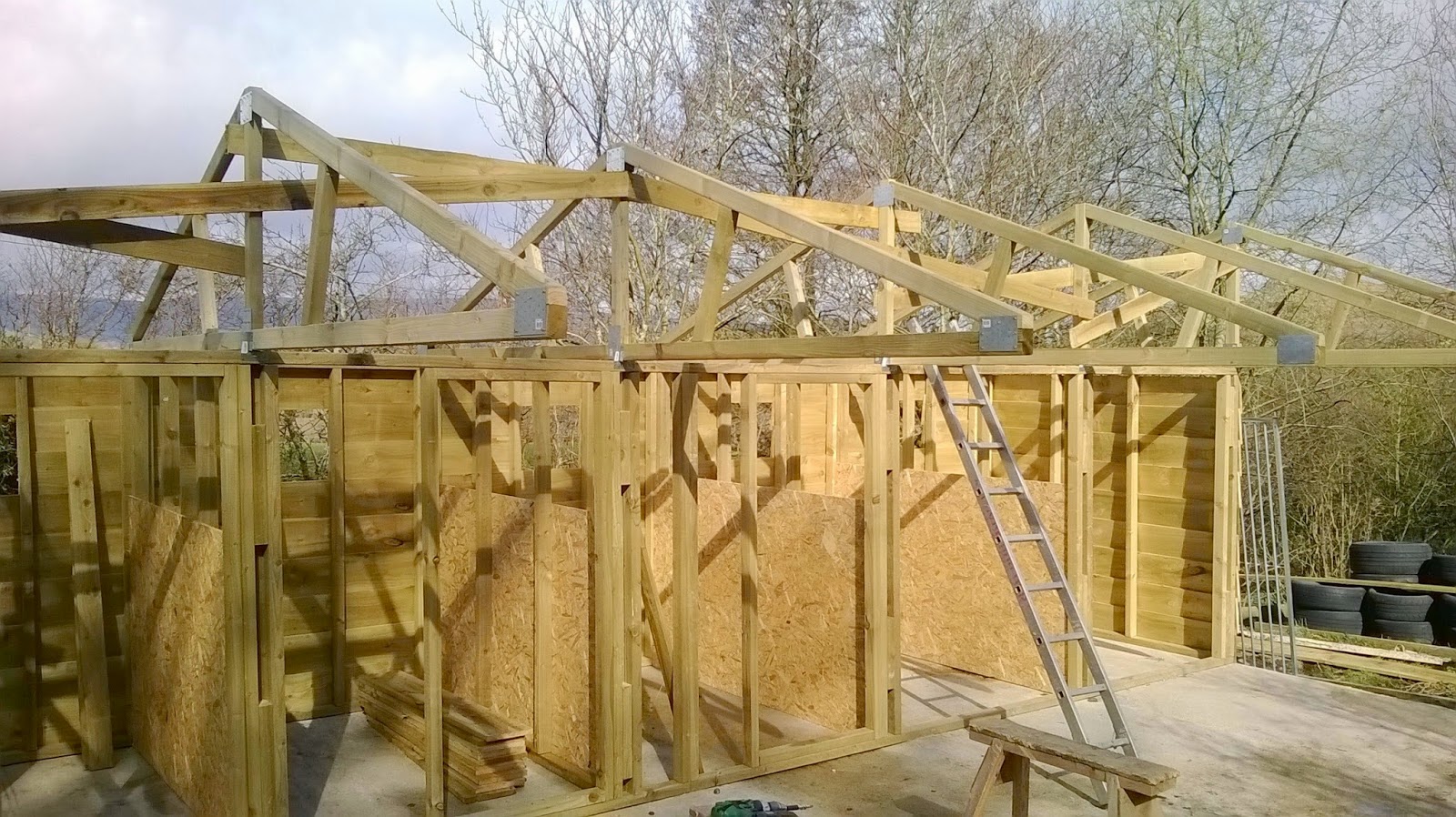 and then took another hour to brace it all against the wind which was picking up, as was the rain, hail, snow flurry and back to sunshine. 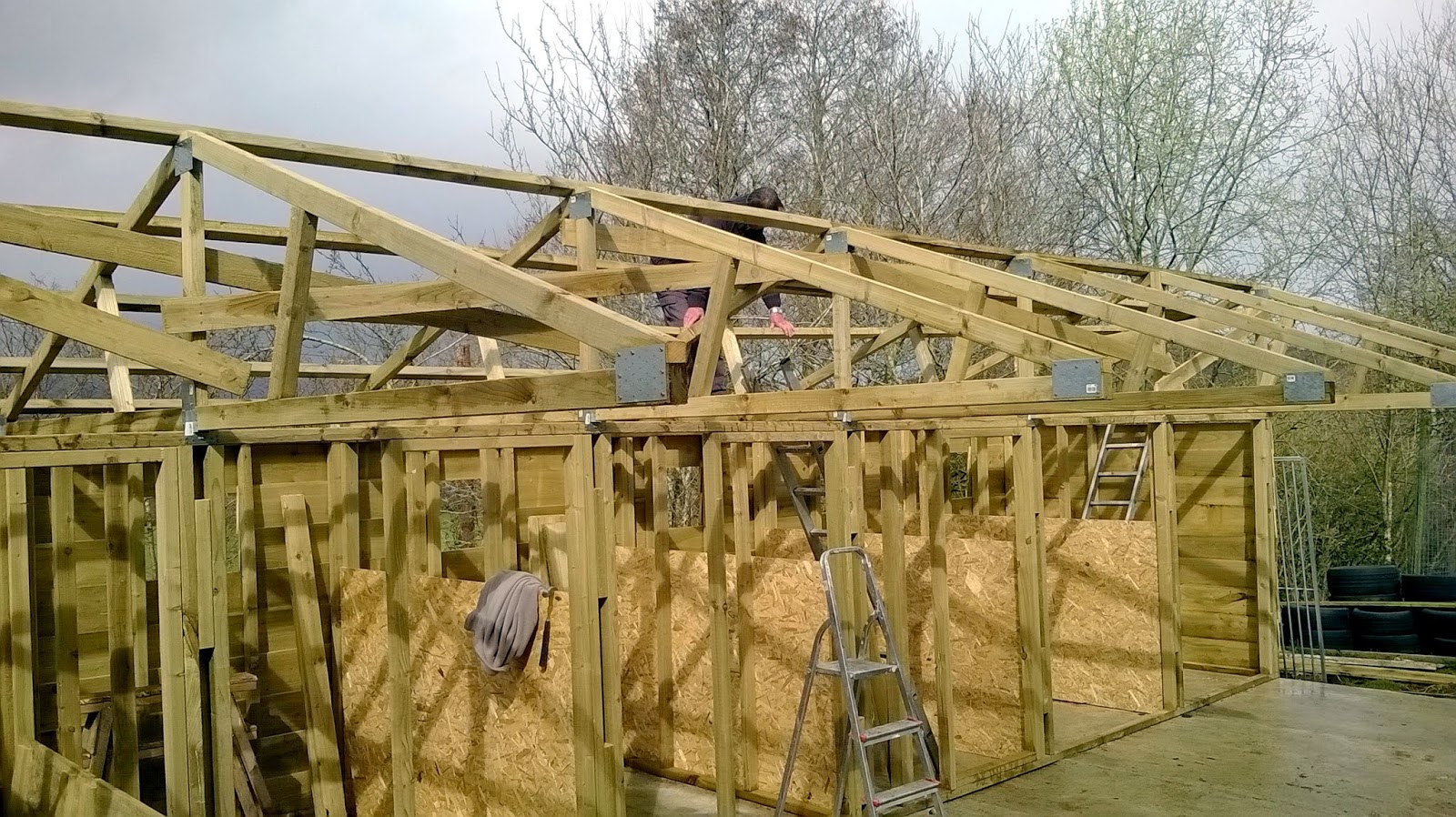 Purlings were put on one side, Steve decided to risk the other side as I had not put any metal work up so the roof was a massive overhang and whilst he didn't think it would tip over, he having not long fallen off another roof decided not to tempt fate.

After another hail shower he departed and I was left with this. Unable to put the roof sheet materials in place by myself, and not able to put the metal work up until the fronts of the kennels were on I spent the next two hours dodging hail and fitting the said fronts on the kennels. 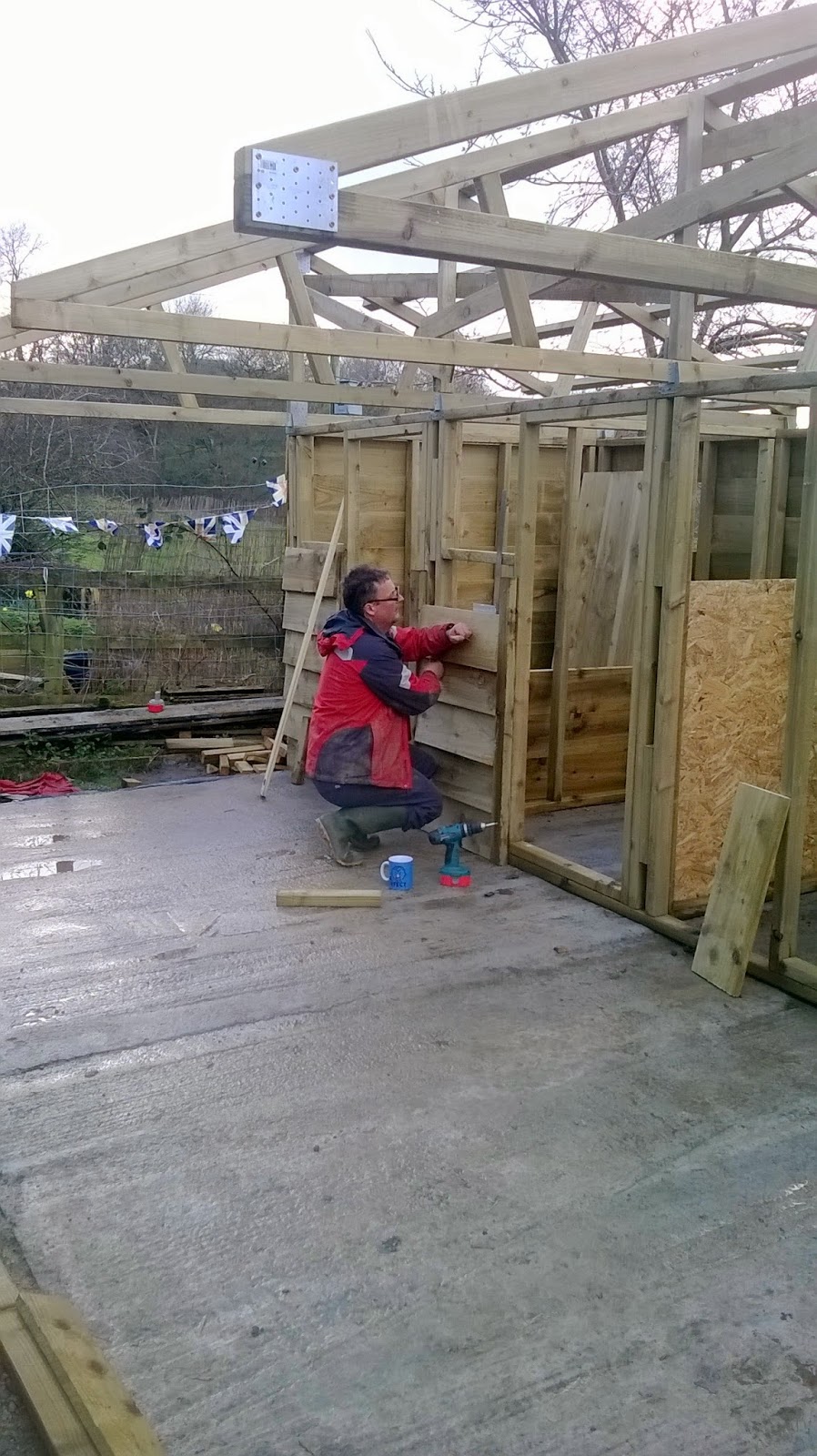 rain and poor light meant I had to retreat indoors. Finally we are getting somewhere and if my legs allow tomorrow the metal work will be added.
Posted by Tony at 22:54