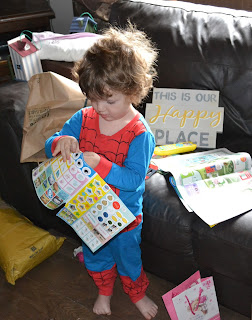 Yesterday, for it is now yesterday as today has just become tomorrow as I am on puppy watch so today's posting is taking place late making it early tomorrow which makes what I am talking about today as yesterday (keep up at the back!) Anyhow 1 August is my beautiful and oh so patient/pregnant wife's birthday and lil t decided to help out with the opening of the presents. Inside some of them he found some really interesting things like comics from his grandparents 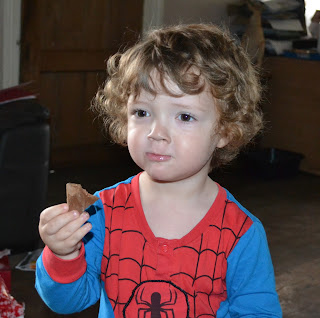 and goodies such as his mum's favorite chocolate which he had to sample as part of a healthy pre breakfast diet. 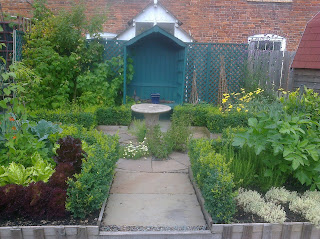 Once second breakfast was had by all and the pigs rounded up, chastised and put back in the pen, we set off to spend MBAOSP/PW's birthday money on small creatures for the aviary. We also took time to view some gardens that had been created to fill the same amount of space and reflect different tastes. I liked the cottage garden type creation above the best 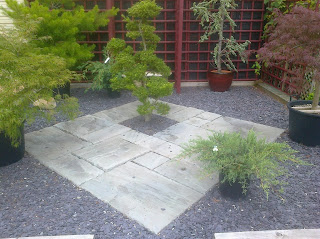 but also quite liked the Japanese themed plot 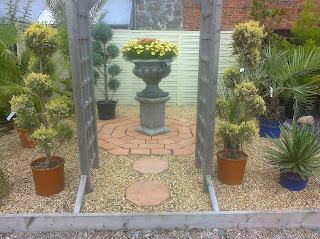 not sure what this was 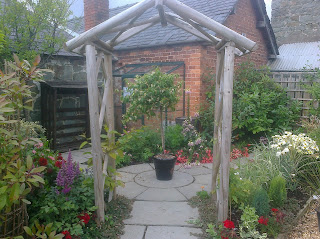 and this one was a corner type plot with virtually nothing edible. Quite where the garden inspired by pigs on the rampage or goat rearrangement or even the simple garden created by Bernese Mountain Dogs was I don't know. Perhaps I should offer to put on a demo to show them a real world patch of garden at Rock HQ and see what suggestions they have by way of garden design that could accommodate the clan.
Posted by Tony at 00:51