Time for an adventure 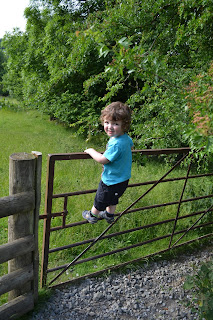 Before the Rock HQ rang to shouts of "Ahhh mate!" and "Come on Andy!"  little t and I had time for an adventure so we set off downhill and had a game on his favourite climbing apparatus which just fuelled his appetite for the great outdoors. 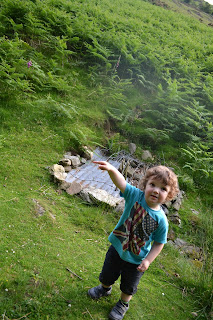 Faced with the choice of going back to HQ for a drink and some dinner little t was clear on his preferred choice of direction, away from the cottage. 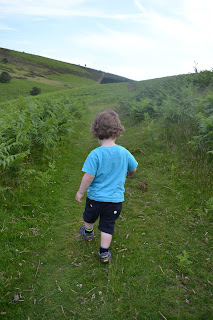 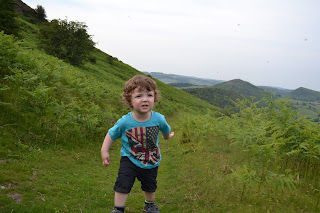 which is very impressive distance/height gain for a 2 year 4 month old. 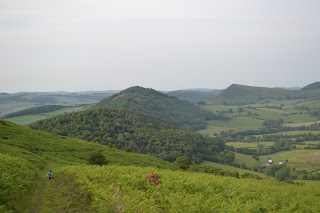 The size of the planet didn't phase him 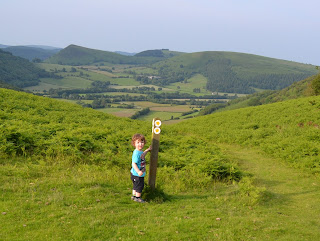 and he took note of the landmarks which was just as well as this is the halfway point and he did insist on trying to retrace our steps rather than carry on down the other side. 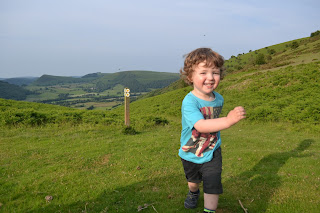 Thankfully he saw sense (eventually) and we made it back in time to shout at the TV.
Posted by Tony at 23:07