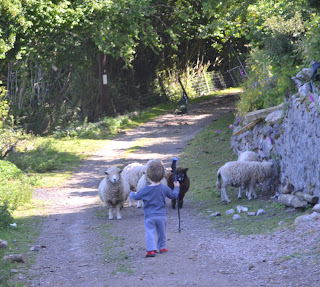 Early doors saw the apprentice smallholder practising his shepherding skills on some confused Ryelands who were hoping for breakfast rather than being shepherded by a toddler. 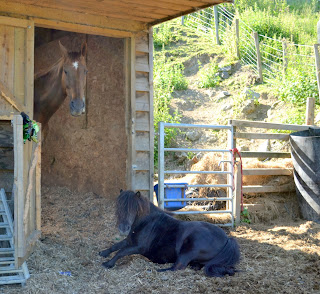 And in amazing temperatures, some 30 degrees (different to last Tuesday when I was shivering on Pen-y-Fan) the sensible ones took shelter in the shade, Chester taking residence of the stable while 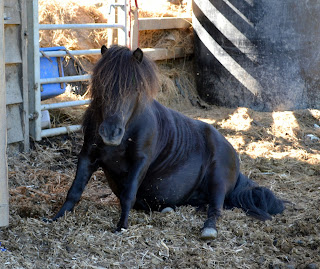 Misty posed with all the allure of a fat shitland in the doorway. 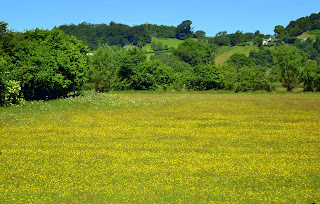 The sun shone, the sky was blue, the birds sang in the trees and all was well in our world as we looked forward to the Wimbledon final. 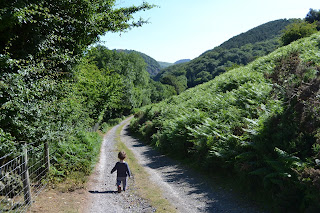 Little t on the other hand was on a mission and set off on another of his epic treks. 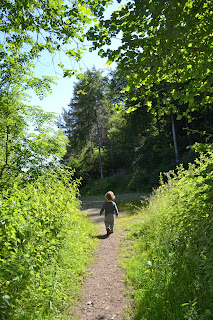 He was not going to be persuaded otherwise, he was off to find a new source of excitement 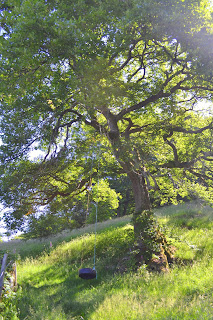 which was found hanging from this oak tree. 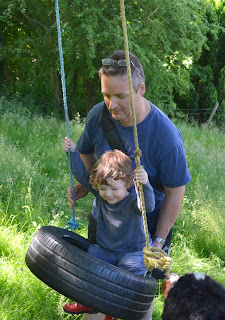 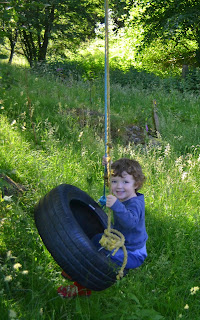 he had a swinging time. With the thrill seeking over we headed back to HQ where he shouted come on Andy at anyone wielding a racket on the telly. Thankfully the right Andy won and everyone was very happy. Except the Andy who lost. Poor Andy.
Posted by Tony at 22:26