After the sun comes rain 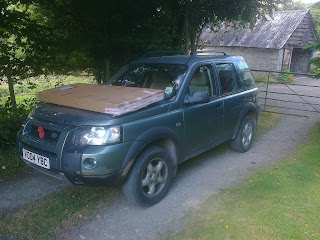 For those that asked about the extra carrying capacity that can be found on a Freelander in an emergency here's how. 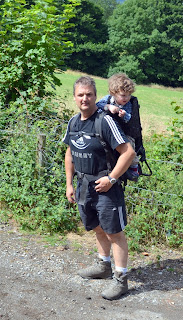 I got to do a bit of leg work today using the apprentice smallholder as ballast for a clockwise ascent of the Bonsai Mountain. Luck would have it that the sun shone when we set out 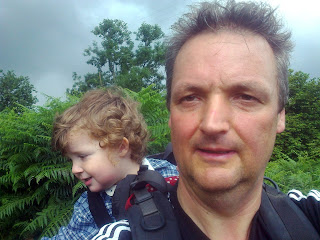 but in the final stages ominous dark clouds chased after us and even though I tried my best the downpour caught us 100yards from Rock HQ soaking us both. Lil t thought this was hilarious and was disappointed that smacking me around the head yelling "Again, more rain more water" only led to going indoors rather than a second circuit.
Posted by Tony at 22:41