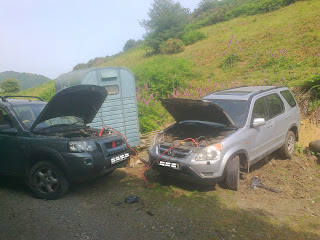 For some inexplicable reason, out of the four vehicles that adorn the landscape at Rock HQ only one complied with the request to move today. Hazel needed to move as she was moving on to a new home, some enthusiastic car type who likes to tinker bought her despite her only firing on three cylinders when she finally starts. The reason for her idleness was not to do with broken engines but flat battery which was down to yours truly using her as a sound system. Miranda did the honours and Hazel was good to go, once I had cleaned the sheep pooh out of her. 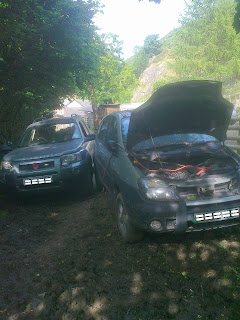 Renata needed to move as she was under the trees and getting coated in sticky stuff and again the cause of her lack of movement was my need for heavy metal while cleaning out the pigs. Miranda came to the rescue again, this was a tricky one as the world ends just to the left of the picture with Miranda's offside wheel on the edge of the drop down into the militias land. 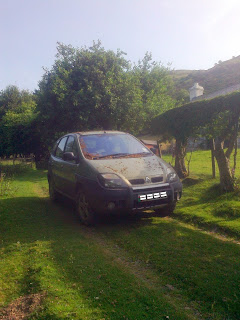 Renata went for a spin around most of the Bonsai Mountain, the dead leaves added to the camouflage effect. 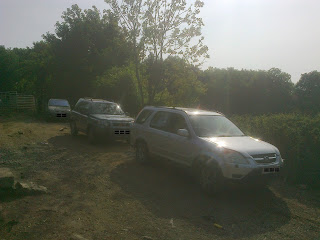 Convoy good to go, Miranda couldn't help Vic as Vic donated his new (and flat battery due to Marillion being played to goats) battery to Hazel to help her on her way.
Posted by Tony at 23:19