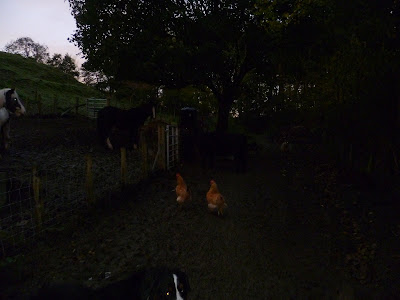 As dawn began its hike over the Bonsai Mountain I was already repairing fences. The three little pigs had been making their presence known by leaving craters all along the grass verges of the drive and across what was left of the "garden". Access to all areas had to be prevented hence my early appearance with various bits of wood, wire, screws, nails, staples, power tools and several sharp or heavy objects that, given the lack of daylight and my capacity for self harm, in normal circumstances would have required me to have at least supervision and more likely, help. However these were not normal circumstances, today was a big day, we had the final day of skills to foster training to deliver and an exhibition to put on inviting applications from would be fosterers. Time was tight, the fence repair went smoothly and all would have been well except for one minor detail. Repairing fences on pig pen should not go smoothly, there should be a cow shaped fly in the ointment.
Fully prepared for that eventuality I had taken along with all other fence repair essentials a bucket of feed to keep said cow occupied rather than have her investigate (read get in way) of repairs. Hetty was conspicuous by her absence. Rocky took advantage of lack of cow by eating a hearty breakfast. Search of perimeter was cowless, cow was definitely MIA, last seen 11.40pm in greenhouse asleep.
Clock ticking search pattern widened to militias field.
A dozen or so black cows grazed in the half light, none looked guilty.
Not ours then.
Clock ticked on.
Retraced search and extended to The Cauldron, if cow not there then search will have to abandoned.
Several high speed sheep exit the entrance to The Cauldron gave a tiny clue that a tiny cow was playing chase. Hetty thundered into the lane to be confronted by me in my finest matador pose. Thankfully she skidded to a halt and right turned into the back of the Corral OK where she was treated as hero by the ponies. Chastisements for all will have to wait there were lots of jobs to do. 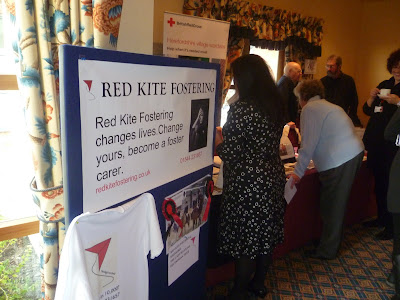 Exhibition went well, lots of meeting and greeting, lots of interest and application packs dished out along with free pens and cards. 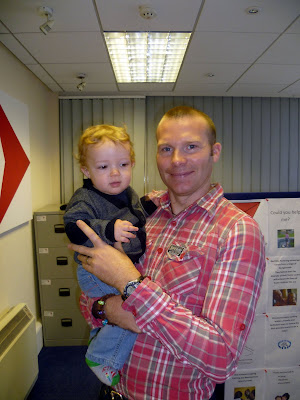 Help was at hand, the apprentice smallholder and The Godfather kept the troops entertained and in all the day was a great success. A good group completed the training and we had a brilliant buffet lunch where everyone chipped in with a plate of goodies. I ate more than my share of fresh crab and apple cake (two items ate separately, not together, that would be weird) I locked up and set off home a happy man, especially as the pigs would have been thwarted in their attempt to defoliate the garden. 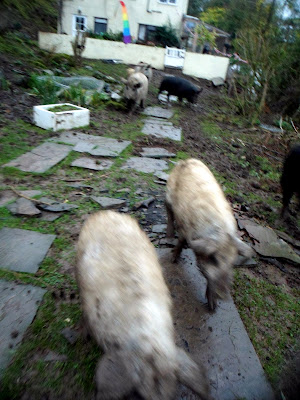 Unfortunately the pigs had other ideas and had attacked en masse. 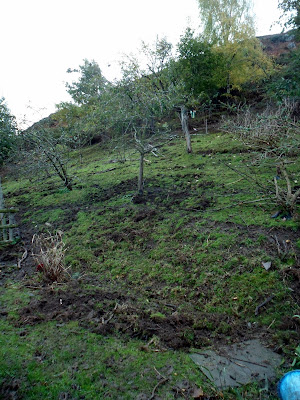 The resulting damage looked like the "garden" had been carpet bombed.
How had this happened?
Had they breached the extra security?
Had the repair work not held?
No, it was all intact.
They had simply used the almost barn door as an exit.
A barn door left open.
Left open by someone in a hurry.
In a hurry looking for a cow.

Plonker ;)
Glad the day went so well and hope some fostering offers come through.