It seemed fitting that on the day that is the anniversary of our fifth year at Rock HQ that it was what we call full on. Hardly a moment passed without jobs filling the time, I did pause at one stage, just after Ambrose the goat took exception to having his ears tagged and jumped through my beautiful and oh so patient wife and landed on the bonnet of Hazel the almost 4x4 before being wrestled into submission for the second tag (aptly enough number 13) , and asked her if she was happy with our life style or would she rather go back to how things were when Sundays were most likely filled with a trip to town, buying DVD's and other such trivia, drinking a hideously expensive smoothie or milky coffee before returning to the couch and letting the TV drip into our eyes. Thankfully, despite having a bleeding hand (from goat not me) and several interesting marks on her car bonnet Tracey chose Rock HQ over retail parks. 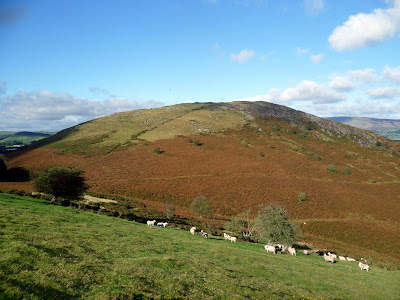 And where but Rock HQ could you fill your day with a trip around the Bonsai Mountain (and over several bits of the wilderness beyond, in glorious October sunshine with the apprentice smallholder on your back in his new rucksack carrier, looking for Pedro the one eared wonder. He has taken umbrage at the comments made by the flock and has sought love on the hills. Needless to say we didn't find the beast but we did have a chat to a member of the militia who is going to keep an eye out for him his side of the ridge. The militia also commented on the number of Ryeland crosses his ewes delivered this spring. Ooops. 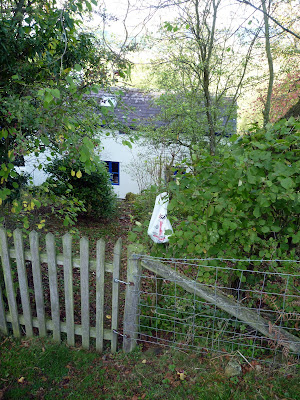 The trading post was open, this time a bag of quinces to go with our pork. An extra five pound in the pack along with Tristan made the trek a serious training session. 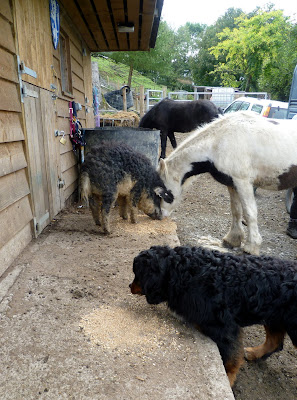 Distraction techniques were employed when Trixie was unloaded, samples of the pig feed kept all and sundry occupied and from under my feet as I carried the sacks of goodies to the feed store. 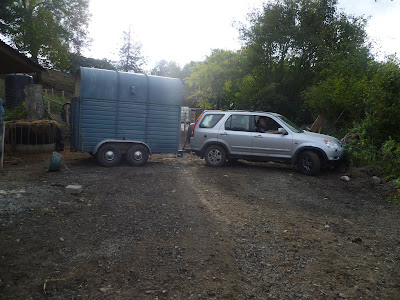 My reversing skills are still improving but eventually I managed to get Hazel and Trixie facing the right way without hitting the stable roof or falling into the field. 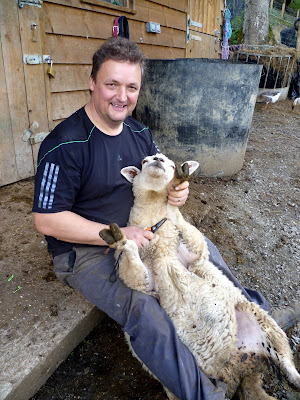 Once the yard was clear of all things mechanical the sheep were given a full MOT which included their feet trimmed, tails cleaned of pooh, drenched for worms and flukes, a respray and to make life just that little bit more interesting thanks to the powers that be who consider our time not full enough already the darling creatures were all fitted with EID's (not IED's as first posted a week or so ago, IED's are a lot different and almost as messy) EID's or Electronic Identification Device are ear tags that can be tracked by satellite or air to ground missiles. Each sheep born post 2010 has to have a large yellow button securely wedged in its ear. 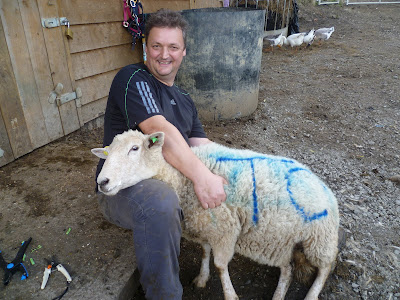 Presumably they can tune into their favourite radio stations or with a bit of tweaking we could communicate, whatever their big brother purpose all our sheep now interfere with TV's if they get up wind of them and can jam mobile phone signals if they form a square. Just tom make sure they dont overbalance or walk in endless circles due to the weight of the EID and dummy tag is fitted to the other ear, in our case a fetching lime green. 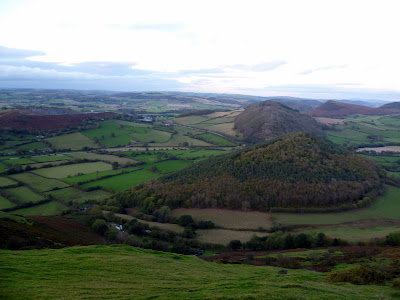 Outside activities ended with another trip around and over the Bonsai Mountain in search of the missing Pedro. No sign again but it was a pleasant end to a great day. A lot has happened in the last five years, most of it we wouldn't change, and yes given the choice between smallholding and shopping its smallholding every time!
Posted by Tony at 20:43

Congratulations with your 5 yrs and thank you for your wonderful stories everyday.
When I turn on my PC, the first thing I do is reading the latest 'Tale From The Rock'. It's a great start of the day ! We hope you will continue at least another 5 years.
warm greetings,
Johan and Eveline, France

Thank you:)
We have tried to leave messages on your site but always fail, love your dog!