When all else fails! 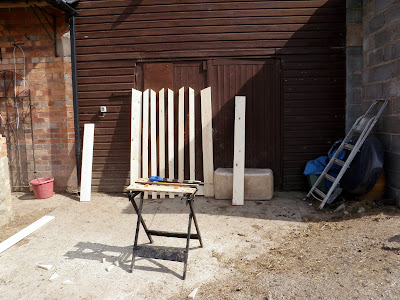 Today got off to a bad start. Worse if you were cockerel called Boris who became an ex cockerel first thing this morning, his free loading aggressive behaviours went a bit too far when the brute tried to take my face off as I filled the water bucket. For a few seconds I wore the savage feather duster like an alien face hugger and then he became the major component of Coq au Vin. The others heeded the warning and have been very polite all day, even boosted their egg production in an effort to curry favour.
The second disaster was Rene, the oft abused Rx4, he gave me plenty of warning as I drove along the sunlight lanes towards the dentist that all was not well. The dashboard lit up like a Christmas tree and a big red light in the centre said STOP! I like any bloke took this as mere guidance and turned up the stereo whilst turning off the air conditioning hoping that the sudden loss of power was temporary. Things picked up, Rene rallied and pressed bravely on, the dentist gave me a good boy sticker and the ailing vehicle and myself headed home. At just above walking speed. I promised to have him serviced just so long as we didn't break down on the blind bend but Rene finally gave up and jettisoned a large amount of his internal working parts across both sides of the road before giving up the ghost and sought sanctuary on a pub car park.
He is now in intensive care and no doubt the money tree will be cut back, to ground level to get him mended. Poor lad. 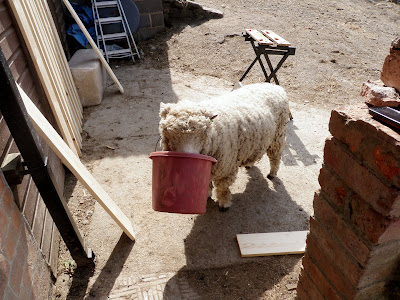 So, being the positive sort there was no use crying over spilt Renault parts, what was needed was a positive outcome to the day. The day of gate making had arrived. Now I am not known for my carpentry skills, in fact I as good at wood work as a politician is to sticking to election promises. Actually one bonus of living so far up a dirt track on a bonsai mountain in the times of a general election has its advantages. They, along with the Jehovah's Witnesses just leave their leaflets in the steel box at the end of our lane. Its crammed with brochures of insanely grinning oafs who look all of fifteen years with dodgy haircuts and worrying dress sense all promising to solve all my problems if I give them my vote. Well I didn't see any of them following Rene with a bucket to collect the bits or a bag of spanners to put them back on. Anyway. Gates.
The small gods of woodwork smiled on me and I even found all the things I needed, exactly where I left them. The tape measure broke but that was an acceptable loss, I wanted a rustic feel to the construction so a plastic ruler was sufficient. I needed lots of 3 inch wide planks, I had plenty of six inch wide, but no three. No matter, today was going to end successfully, as long as your name wasn't Boris, and with my nearly straight saw I created this master piece. I did feel I was being watched at one stage, I had my earphones in, listening to Metallica, it helps stop the voices, I ignored this feeling until it transformed to a nudge from behind. Crispen was trying to tell me something. What I don't know, perhaps that Red wasn't his colour. 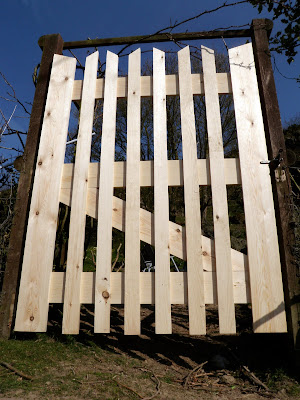