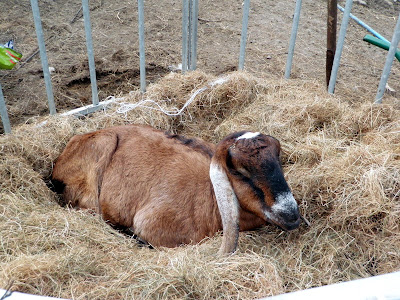 Some friends called on the weekend and described life at Rock HQ as like living a Disney film. I couldn't see their point as I shoved a goat out through the back door from its raid on the kitchen, cleared up the mess from its ravaging of the freshly baked scones whilst making polite conversation as they stood in stupefied silence as a horse tried to say hello through the living room window.

Geisha has really cheered up all the herbivores by claiming the hayledge as her own and camping in the feed ring. A goat behind bars is just what nature intended!