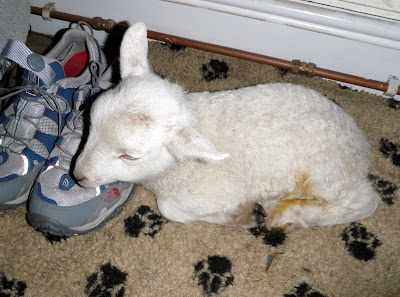 Fern has firmly established herself in the pecking order at Rock HQ. She already has her humans exactly where she wants them, at the end of a feeding bottle every four hours and almost every bleat in between. 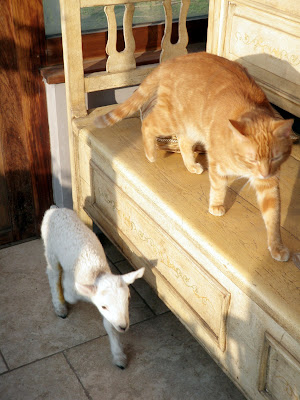 Having seen Reba's zero tolerance policy towards the vermin cats she has joined in and patrols the perimeter ensuring no felines breach at ground level. The cats have taken to furniture tops anyway and can be seen negotiating the cottage with minimum paw contact on the floors, a sort of moggy pirates game, not sure how long the curtains can take the abuse. 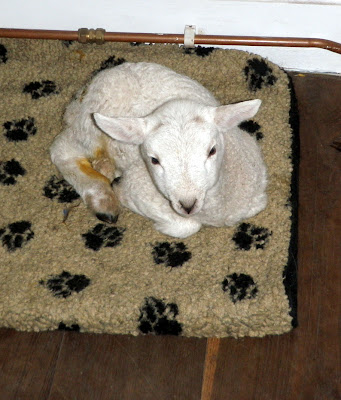 Humans and Cats sorted Fern turned her attention to the Bernese Mountain Dogs and many a happy minute is filled gamboling around after huge dogs who are frantic to escape. Cowards. Montana appears to have overcome her fear of this erratic woolly tyrant and being the same size as a sheep repeatedly fends off Ferns search for the milk bar and has adopted a motherly role. This does mean she has begun to clear up the lamb mines which while disgusting is proving very useful. Most of the time she spends curled up on her blanket sleeping. Peace reigns until her tummy rumbles again.