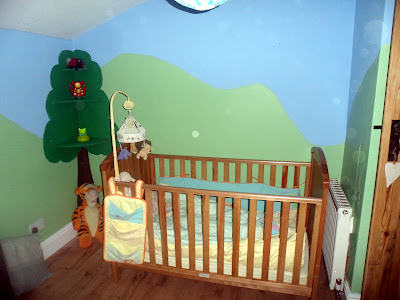 Finally the apprentice smallholder's room has been finished, I wont begin to recount the saga of how the cot was moved from our room to his, suffice to say the realisation that our bedroom door allowed its exit with 1mm to spare, provided I defied gravity on the stairs. However when we challenged the laws of physics further by turning it around on the landing and then standing it upright to access the small landing the realisation that his bedroom door was three inches narrower than ours and no amount of to you to me or shimmying it around a bit would get it inside without resorting to dismantling. 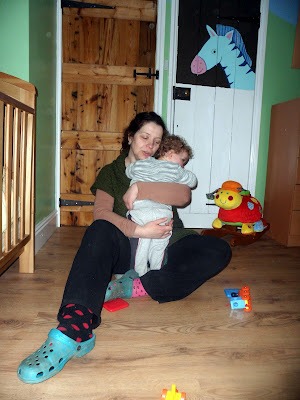 It was worth it, little t was very happy with the final reveal. 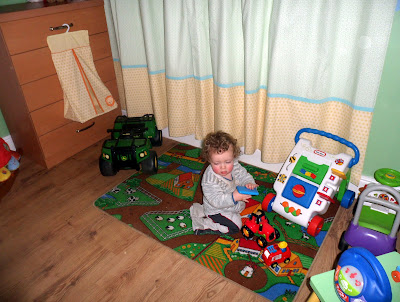 The magic blue brick was still his favourite but he is learning to tolerate other toys. 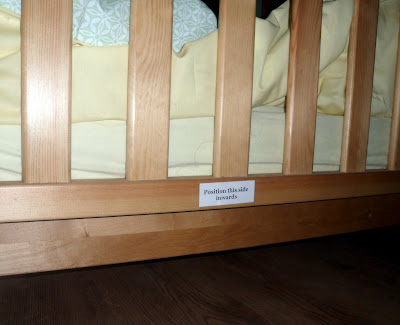