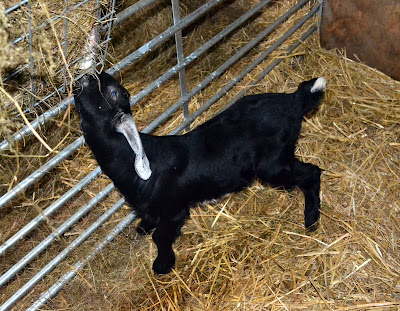 Sometimes I might be persuaded to use hyperbole in order to raise a smile, but this mornings antics where I was eventually found by my beautiful and oh so patient wife chasing a sheep that had a neon reindeer wedged on its head really needs no such exaggeration for comic effect.

Aside from this it was a normal morning at HQ, I was feeling pleased with myself at having coaxed three and a bit pints from Kayleigh while listening to Misplaced Childhood, and then in stroke of genius made a self feeding arrangement for Kurry, thus cutting 15 minutes of the morning routine.

So finding myself unable to get out of the kitchen as the pantry door was stuck fast was a trifle annoying. I had gone indoors to get Kayleigh her warm water with black treacle mix (spoilt? as if) so the door had operated normally minutes beforehand. Running through possible causes, trolls, sack of spuds falling, dog food sack falling over, possibly assisted by dog, I continued to shove the refusenik wooden portal until after one particularly good effort door moved enough to allow visual identification of problem.

FernyFern Fern from Fern town had taken advantage of the open door to the workshop, entered the pantry from the outside and was now stuffing her self with dog biscuits (vegetarian readers better stop at this point)

Several well aimed swearwords were less effective than a swift poke with the broom handle (all jokes about poking sheep are banned) and finally Ferny Fern Fern from Ferntown conceded defeat and tried to back out of the store through several items "in storage" which included my prized electric reindeer outdoor Christmas decoration salvaged from a charity shop last yule. In turning to escape the wrath of man greedy sheep shoved her brainless head through neon Rudolf and ran for it, closely followed by man with broom shouting instructions on how it would be in her best interests to stop right there.

Order was restored by patient and beautiful one shaking bucket of poultry feed, removing decoration from easily diverted sheep and threatening to take out an asbo on anyone using threatening language in the yard. Thankfully Santa's favourite survived his ordeal and was put back in a safe place until his services are ever required one foggy Christmas Eve. 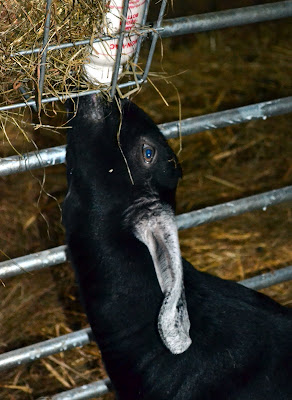 I'm reading a bit through the archives and I had to stop and go for a walk here before I did myself an injury laughing...