Dawn of a new ice age 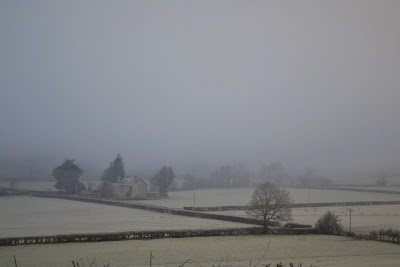 An extraordinary sight greeted us this morning, the ground, trees and most slow moving critters were coated in frost. Mid January and frost? Who ever would have thought it? Why it was plus 13 the other day, I was outside at midnight wearing only a t shirt (well not only I had trousers and boots but you know what I mean) and here we are minus 6! Somebody should do something about this sort of thing. I blame the Government. So it would seem winter has finally got fed up with spring trying to push in and has put in a late appearance. 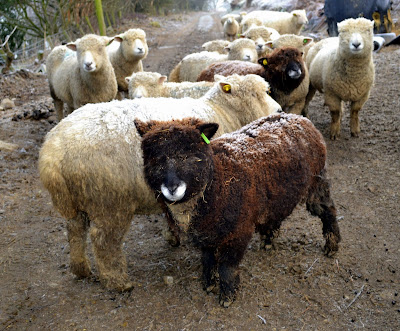 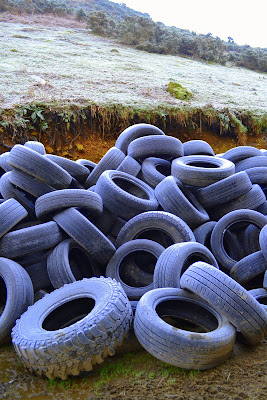 and even the mundane became more attractive when coated in ice crystals. 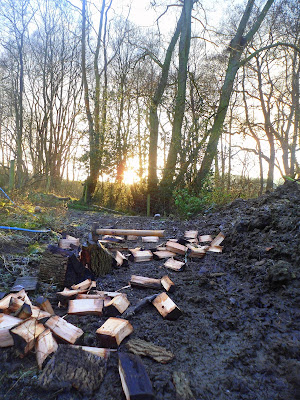 Jobs of the day included some real therapeutic stuff. Chopping logs is always fun. And butch. Much more macho than milking goats and I am embarrassed to say that I am getting goat maids grip, a sort of cramp that occurs from repetitive squeezing, however this is a small price to pay for the lovely creamy milk on my soggies this morning. I also realised late last night that the startled looks on the faces of colleagues when I left a late evening meeting saying "I'm sorry I have to go and milk the goat" was from them thinking this was some new form of euphemism for something unsavoury. 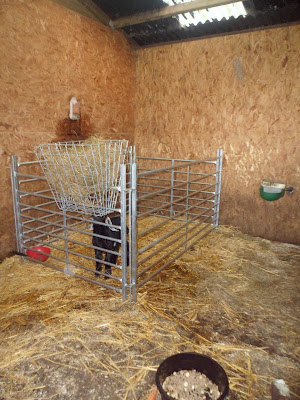 Time was spent with the new arrivals, and after a trip to a Gate shop (yes there are such things)we look like, for once, we are organised as the new hurdles will keep Kurry from the milk bar (he has been helping himself) and when we add the rest of the hurdles there will be lambing pens aplenty. Much much different from our first lambing in 2007 where one ewe was separated from the other by old rabbit hutches and string. We thought we were doing well when we used straw bale walls last year, but these metal hurdles with interlocking ends and clip on hay racks are the bee's knees and almost as much fun a Lego! 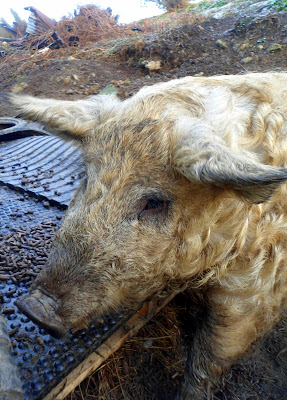 Tomorrow there are a lot of moves planned, the new goats go into a bespoke goat house with patio (just in case the agoraphobia is cured) The three now not so little pigs plus Iggle and Piggle move into the space vacated by Kayleigh and Kurry, (where they await the quick trip to the clestial sty and Mr Whirlpool) Thor moves out of what was always supposed to be the dairy, but is usually the med bay or emergency shelter, and down to live in the pig pen with Bridget and Pamela. What we hope will happen is that there Thor will forget his love for Apollo and do the business with his own kind. This might be wishful thinking but we are nothing if not optimistic at Rock HQ. 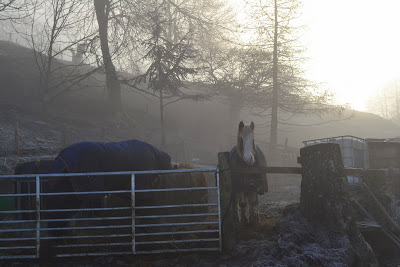 Not sure what Apollo will think of it.
Posted by Tony at 22:19