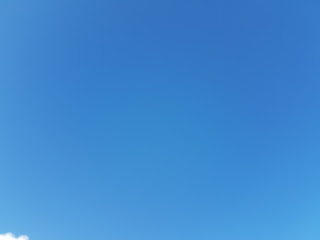 With a break in the weather which until yours truly had stepped out of Stan was hoffific it was all systems go for a end of year bike ride. Now regular reader might have noticed a distinct lack of cycling of late, and since the epic 480 mile blah blah 71 hours 56 minutes blah blah 3 mountains blah blah the idea of spending anytime on a bike has not really endeared. 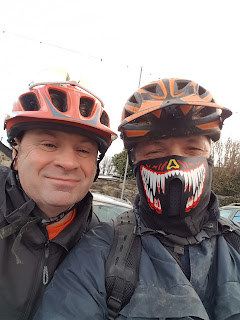 But with 2018 being the year I am in a 200 mile road race and in the same week thanks to brilliant planning doing 9 mountains in a  3x3 peaks challenge something had to be done about my obsession with cheese and lack of exercise. The days of 50 miles on the bike before breakfast are distant memories, in fact its only about 50 miles the annual total. Well today was going to change that as Darren and I were going off road. 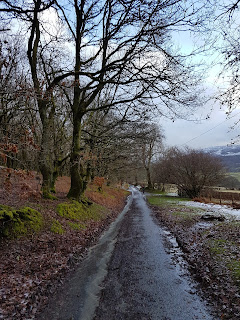 To go off road you have to go on road to the right place to get off road. 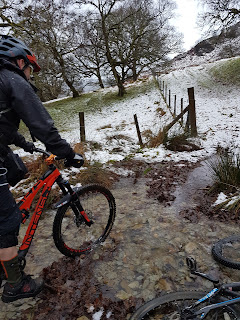 Darren being ex army is totally brilliant at not map reading which is why we were on the wrong road before we went off road in the wrong place. 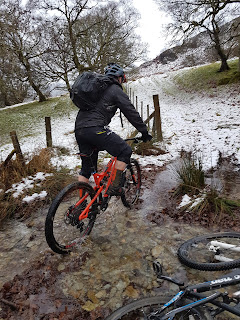 Not that this bothered us, it was only hailing at this point. 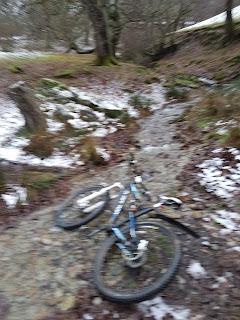 Yours truly needs to sharpen up his stream crossing skills and learn how to focus a camera in a hurricane. 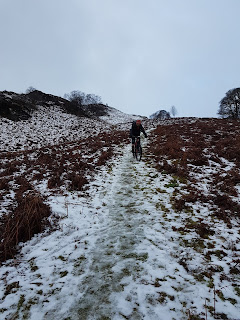 Finally we were on a real bit of not road 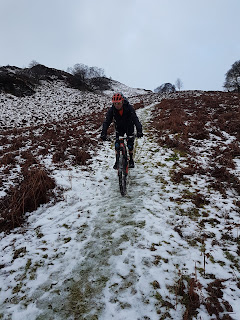 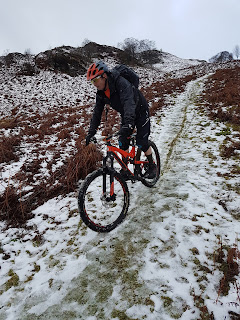 but it was pretty decent 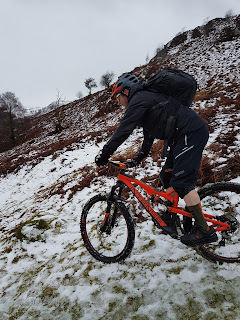 and we had a bit of fun 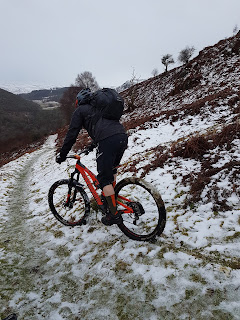 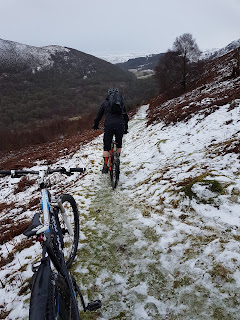 convinced ourselves that this bit of off road whilst not the right bit would in fact lead us to the place we were supposed to be. 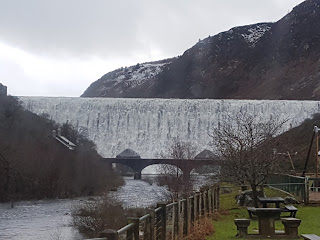 Needless to say it didn't. As it led us to a cafe that sold us bacon sandwiches and cups of tea we decided it was a good idea to stay here a while and hope the hurricane force winds subsided to allow us to ride along the road to get to the real bit of off road that we should have been on some 9 miles north. 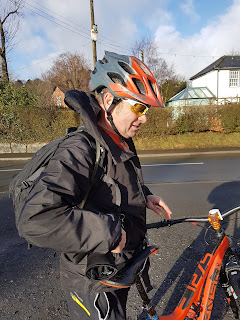 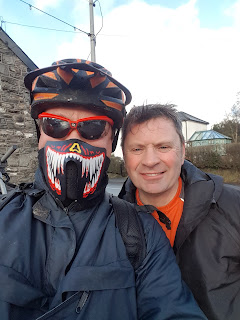 where we had left our cars and after another compulsory selfie we headed off promising to return in 2 weeks to do it properly and this time I would be in charge of the map. 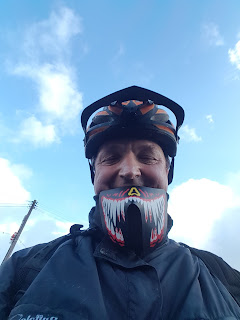 Is this camera working?
Posted by Tony at 10:35