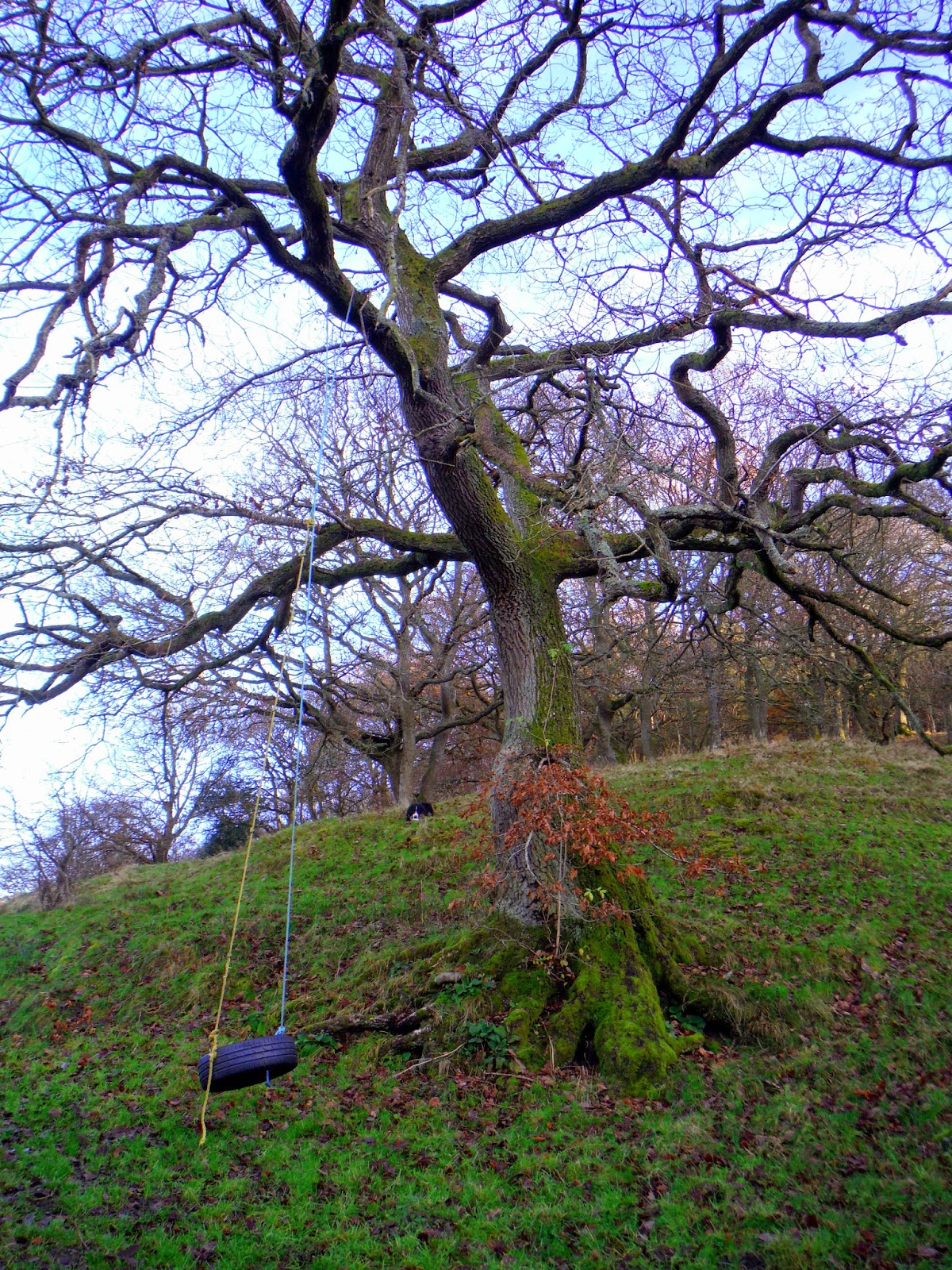 Leaving aside small potatoes like epic IT fails that have left Rock HQ unable to reach out and touch someone, or yours truly finding a powerpoint presentation crashed halfway through vital training session, this week has been a good news week. 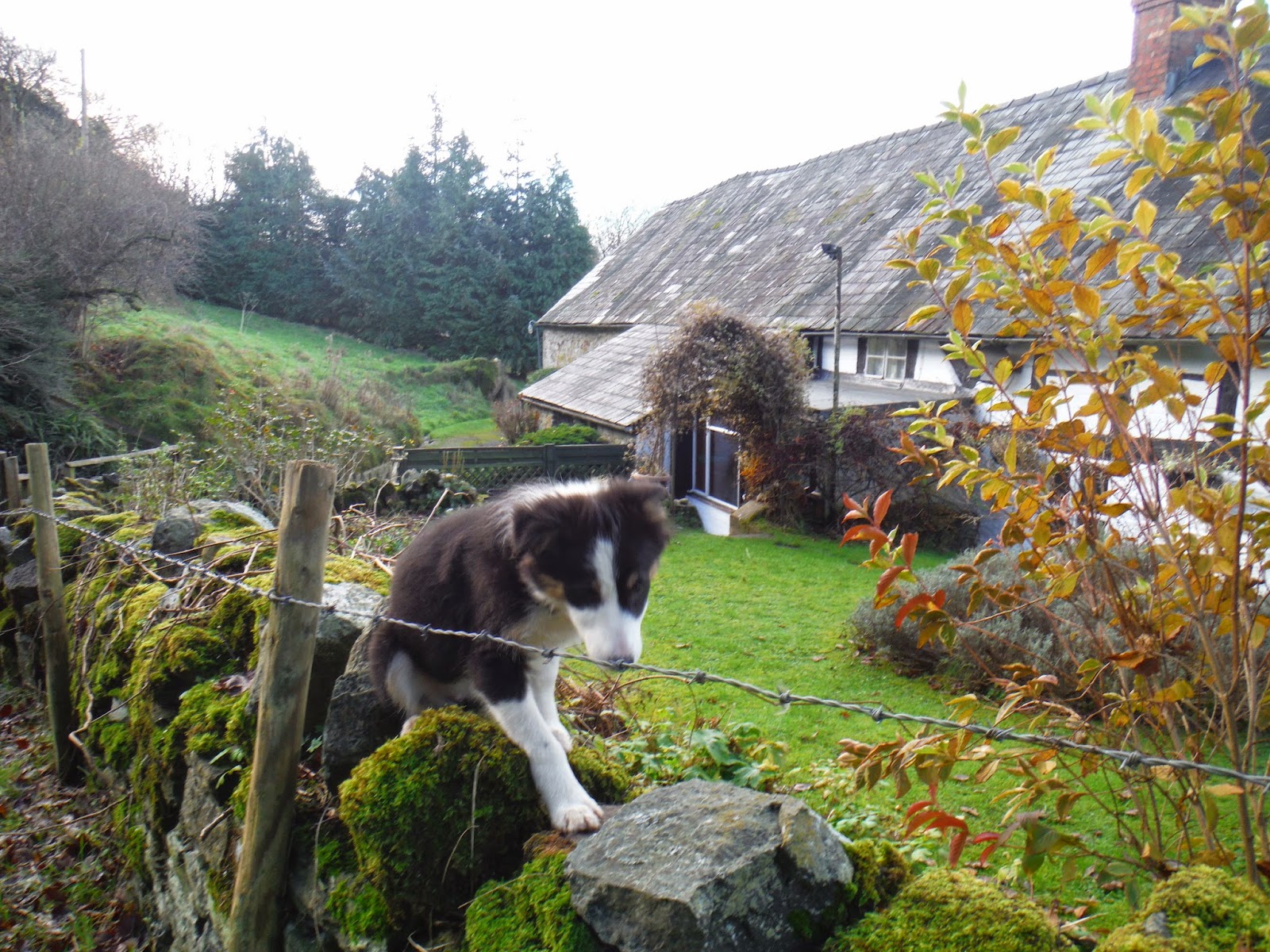 Puppy's that have followed yours truly on his bike have been caught and returned to rightful owner despite pleadings of the apprentice that we should keep it. 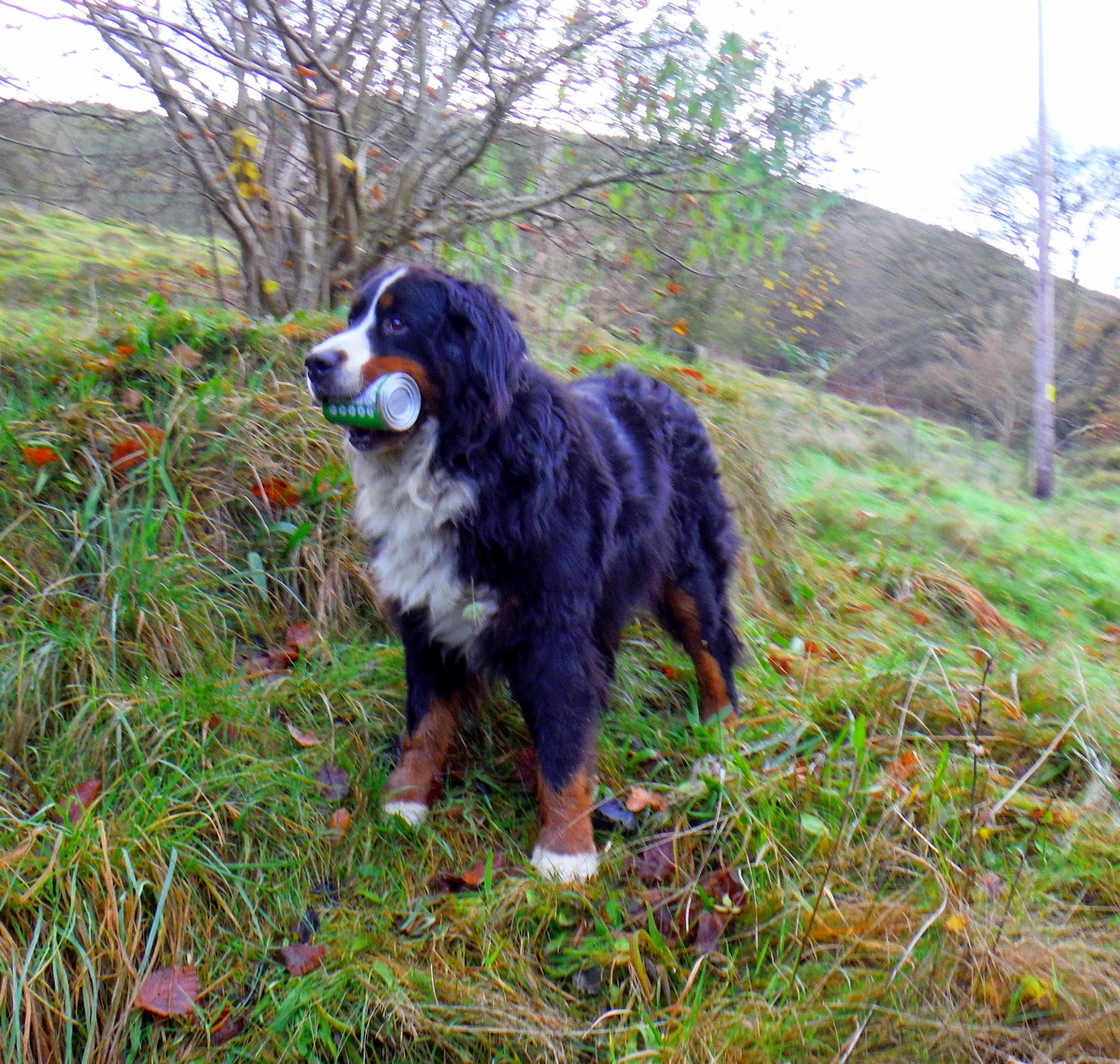 Dogs have detonated properly and with regularity thus alleviating need for surgical intervention. 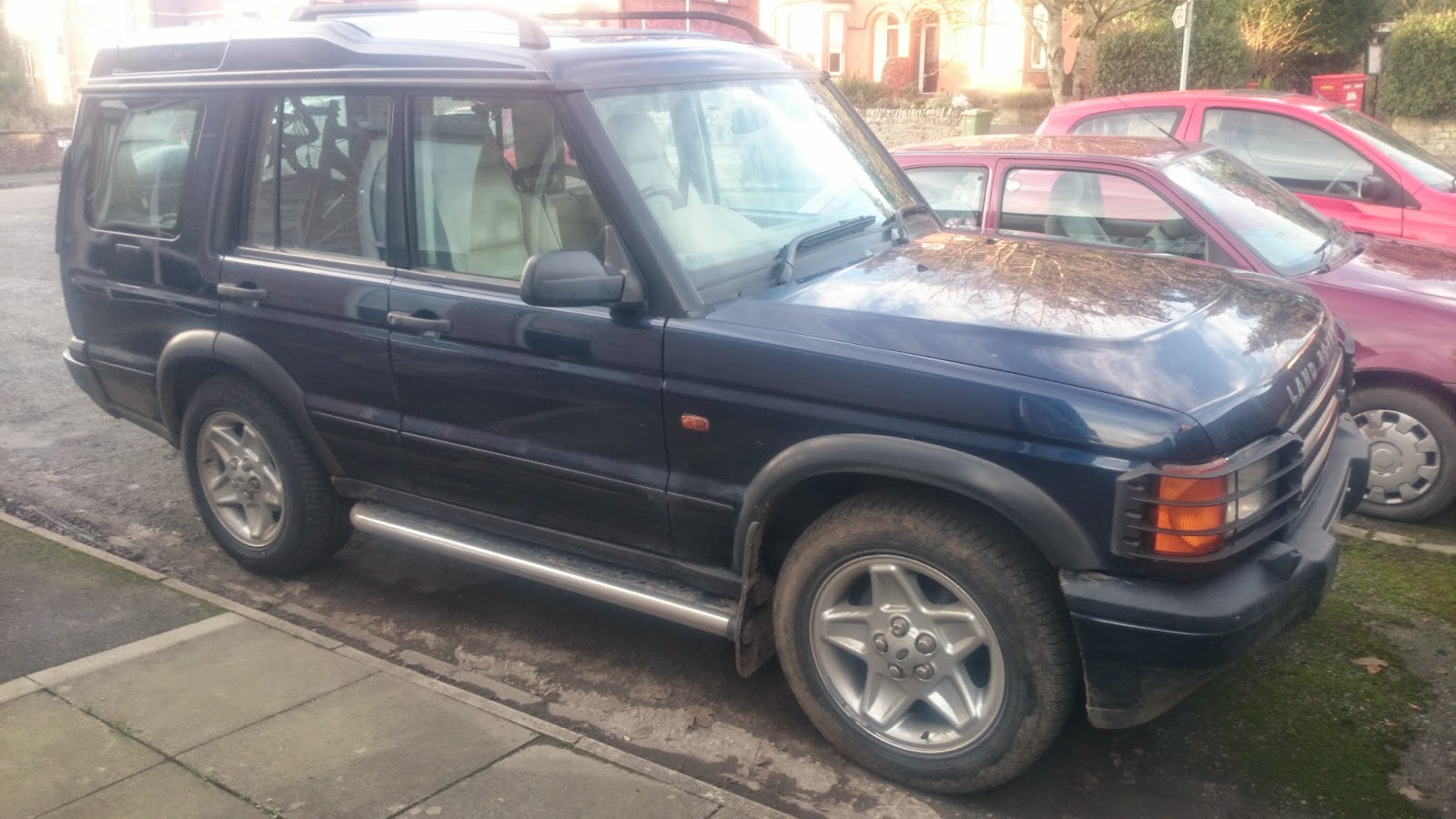 Unbelievably, after handing over Gerry to a mechanic who on accepting the keys smiled knowingly, the type of smile from a man who is going to give you bad news later, the sort of bad news that will cost money, Gerry passed his annual medical examination with flying colours requiring no work and no money to allow yours truly another 12 months legal motoring. 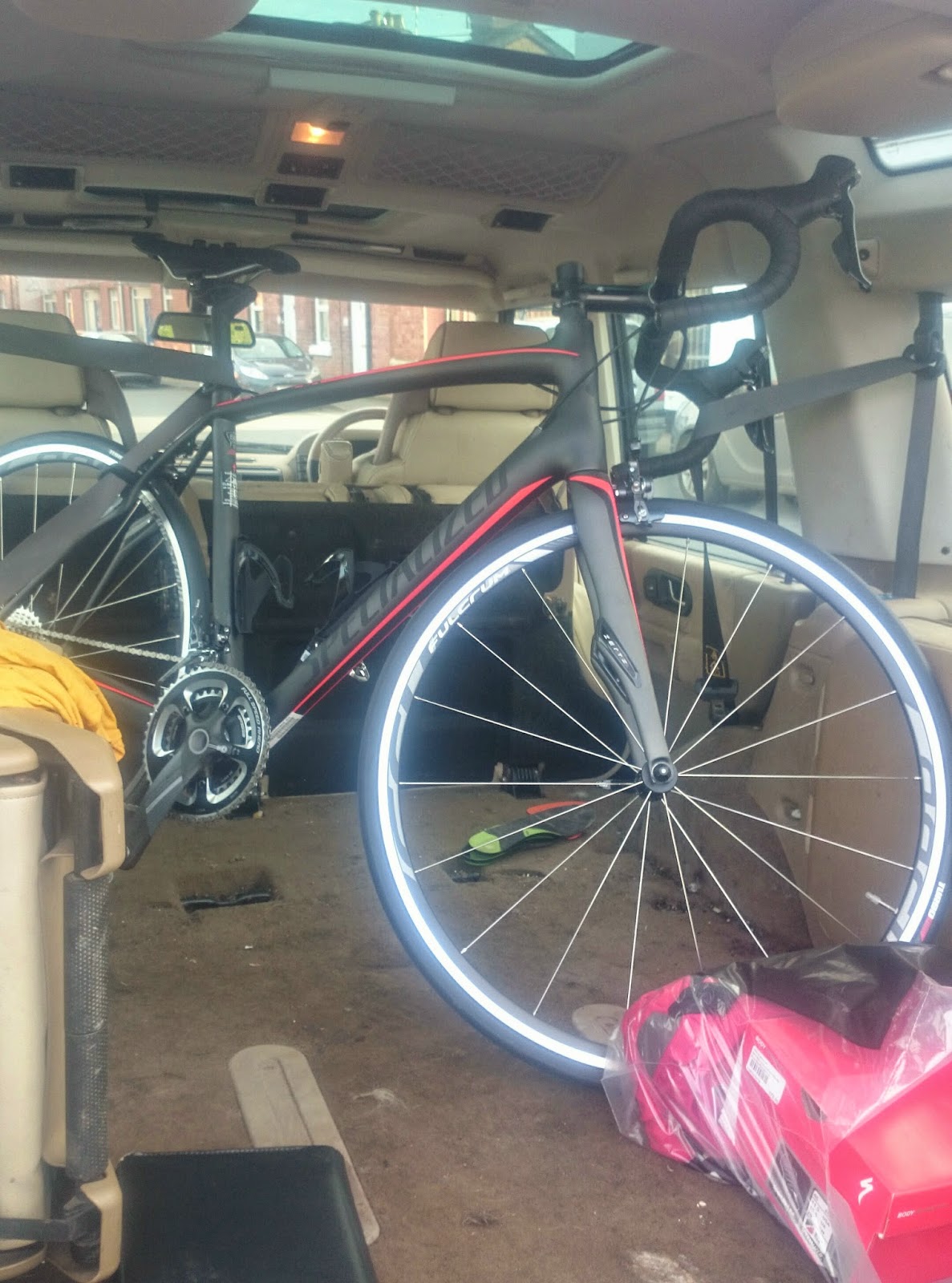 Once the now sad faced mechanic handed him back we (me and Gerry) shot off to town to Climb on Bikes to fetch my new steed. A slight miscommunication meant that I had no cycling kit and needed some to finish off the fitting process, so in for a penny in for pound I bought all new kit, and waterproofs obviously necessary to ride a bike indoors. So at the counter cringing waiting for the final reckoning for bike, testing, fitting, shoes, inserts x 2 pairs, 2 saddles, trousers, t shirt, waterproof jacket and pedals I questioned my sanity. Nice bike shop man (the worlds best salesman as previously |I had only gone into the shop for a saddle, I was now leaving with 2, albeit one attached to a bike, plus a serious amount of expensive kit) drew that sharp intake of breath, the one that costs you money and said, and I quote "So, if you pay for the bike you get all this lot for free"
Suspecting a trap I asked him to repeat it, slowly, and it transpired that Specialized the bike makers had a deal on that equipped winter riders if they bought a bike. Fab! But I asked him to write it down as it seemed so far fetched that I was certain my beautiful and oh so patient wife would not believe it. 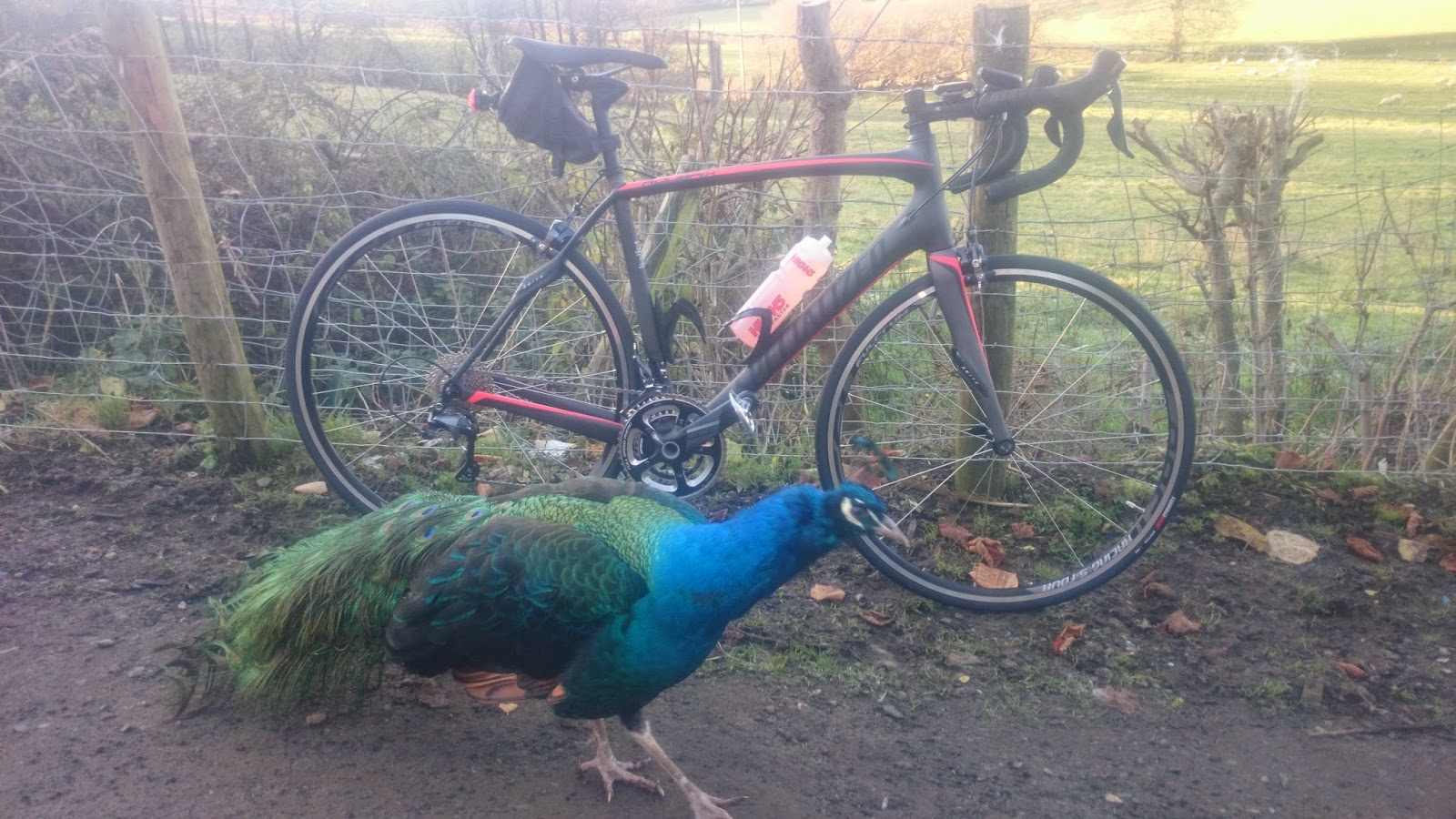 And so it goes on, more good news, a beautiful clear day gave the ideal opportunity to test new rocket ship and without over exerting myself too much the new bike allowed me to knock over five minutes off my time on my usual training route. It is fast.
To pile on the good vibes in a parallel universe in a land down under our friend Kathy has reached the halfway stage to becoming a V E T.
But to top it all I was out dodging zombies on a night run wondering how Andy in Germany was getting on, or rather how his wife was getting on as she was about to deliver another human into the world and it turns out that she has popped and they are proud owners of a little girl to go with their three boys. Now that is good news.
Posted by Tony at 21:25

Hello Tony... and thanks for the mention of our lovely daughter. She's home and safe now, and her brothers are absolutely soppy about her, and attending (almost) every need.