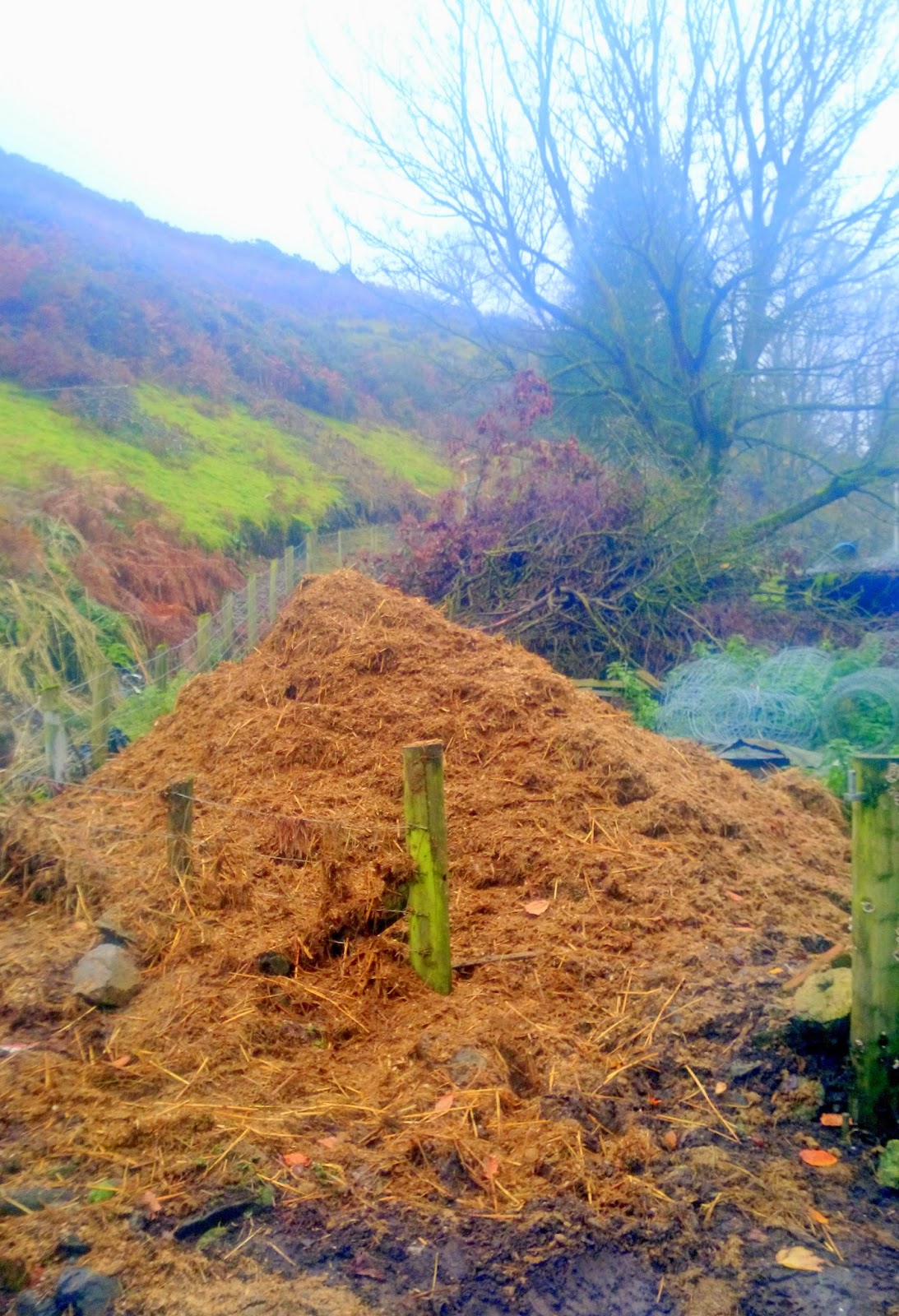 Having spent part of the day admiring how much pooh the equines added to yesterdays pile you might have thought that yours truly would have had enough to do with pooh today, but I am so pleased to have just seen a massive dog pooh that I am smiling. Not my usual response to a dog do the size of a small car but this one fell from the rear end of Spotty the action Berner after an emergency call out for the V E T.
Spotty was straining to lay one out on Thursday night but the significance of this was missed in the general melee of HQ. Then last night he played roll over instead of scoff my dinner so was left with a bowlful while I shut the birds away so again was not clear as to who ate his pies but this morning he was not his usual bouncy self and tonight was arched up in pain, straining, walking in circles and generally unwell and in pain.
So V E T was summonsed and in an unusual twist to Saturday nights I was holding the front end while a V E T was squirting 120ml of lubricant up the poor dogs backside in an effort to shift the blockage that was hiding just over a finger length inside. After subjecting straining K9 to such indignity and injecting him with painkillers and antibiotics V E T gave the sage advice of "Quick run outside!" as dog was now primed to go, and go in a big way. V E T moved surprisingly fast in an effort to save the floor, money would have been placed on massive dog getting to door before anxious biped. Once in the fresh air Spotty declined to detonate despite coaxing and being spoon fed laxatives so he jumped into the back of Gerry and made himself comfortable. The journey home was completed in record time and once were on home ground Spotty jumped from his seat and literally went BANG as a turd with the diameter of a tennis ball cannoned into the lane. He quickly followed that one with a mountainous pile and proceeded to run from the scene of the crime leaving yours truly gasping for air but also relieved, albeit in a different way to Spotty.
Posted by Tony at 23:07

Thanks for the great story Tony: that had me laughing out loud this evening...

LOL- omg you always have me in stitches with laughter- such vivid writing my mind literally sees the scenes. Tony, have you ever thought of taking some of the stories and publishing them? you would hit the best seller I am positive!